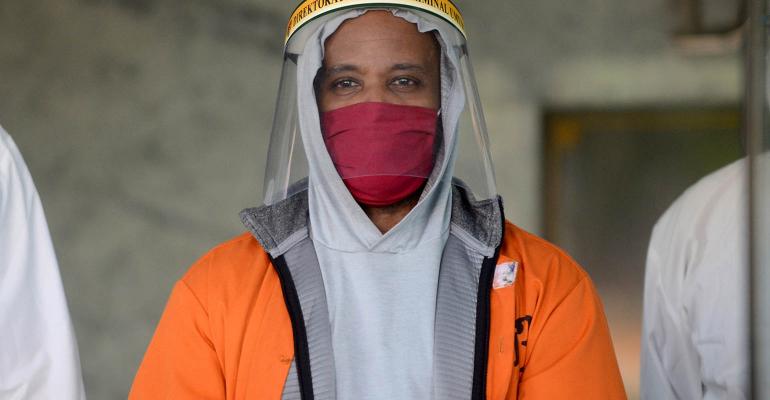 Faux Advisor Who Fled to Bali Must Pay Penalty for Duping U.S. Investors

The SEC obtained a final judgment against Marcus Beam, who had set up shop as a Bali-based pornographer after being charged with investment fraud in the U.S.

An Illinois-based financial advisor who was arrested several months ago in Bali, Indonesia, where he was reportedly making and selling sex videos, will have to pay disgorgement and civil penalty fees totaling more than $425,000 for posing as an investment advisor and defrauding investors, using their funds for his business and personal expenses, according to the SEC.

The commission obtained a “default final judgment” against Marcus Beam in the U.S. District Court for the Northern District of Illinois, following an initial SEC complaint filed last September. According to the SEC, between June 2017 and at least July 2019, Beam solicited clients to invest their money in private funds he purportedly ran through an advisory business called Chase Private Equity, which he later changed to New World Capital. The complaint says Beam worked as an investment advisor in Chicago during the relevant time period, but he never registered as an investment advisor with the commission, and neither his business n or the funds were ever registered with either the SEC or FINRA.
According to CBS2 Chicago, Bali police Chief Petrus Reinhard Golose said Beam had fled to Indonesia with his girlfriend in January. He was arrested in July, with Golose saying Beam had made sex videos and sold them online to support his living expenses. The police chief said Beam had moved several times since arriving in the country, and used several different names, with one passport identifying him as “Demario Faulkner.”
“We are still investigating whether he involved local people in those videos, but so far the crime he committed was only in his homeland,” Golose said, according to CBS.
Back in the U.S. in 2017, Beam ran a group of eight telemarketers, cold-calling individuals in the search for investors (he later outsourced the telemarketing), according to the SEC complaint. He convinced investors to sign up through the website for his business, touting its portfolio as "perfectly diversified." Beam convinced one investor that he managed more than $40 million in accounts and said he would “make you more money in a year than you’ve made in the last five years where you were.”
The investor eventually liquidated her entire 401(k) account totaling $130,000, giving $115,000 of it to Beam and incurring $40,000 in tax penalties; one other investor liquidated her own retirement account, giving Beam $40,000 while taking a $14,000 penalty from the IRS. According to the complaint, Beam said his accounts were maintained at a brokerage firm that goes unnamed. However, his business funds were never managed at the brokerage firm, though Beam had a personal account, according to the complaint. Although Beam said he’d managed $40 million, during the period in question his own account never went above $50,000. Additionally, Beam commingled most of the funds that those two investors had given him into a bank account for his business that included funds from other sources.
Beam transferred about $55,000 of the two clients’ cumulative investments into his own personal account at the unnamed brokerage firm, and traded securities with a net loss of more than $16,000 during the time period in question. According to the SEC, Beam fabricated account statements to hide these losses from investors.
According to the final judgment, Beam is enjoined from violating anti-fraud provisions, and must pay disgorgement and prejudgment interest of $219,921, as well as a civil penalty of $207,000.