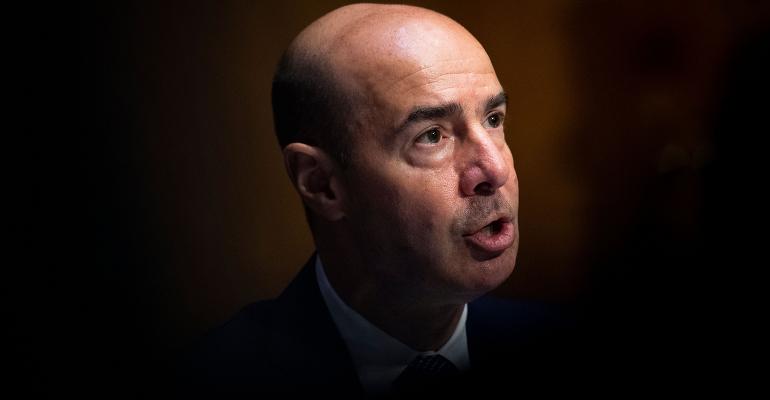 The Department of Labor said the proposed rule would align with the SEC's Regulation Best Interest, while consumer advocates call it as a wishlist for the brokerage industry.

The rule works as an exemption for fiduciaries when dispensing retirement advice, and is based upon a temporary policy that was established after the Fifth Circuit Court of Appeals vacated the Obama administration’s fiduciary rule in a 2018 ruling. The proposed rule asserts that fiduciaries can recommend retirement options as long as they adhere to “Impartial Conduct Standards,” which the DOL defines as a “best interest standard, a reasonable compensation standard, and a requirement to make no material misleading statements.” According to the DOL, the best interest standard means an “investment professional” cannot place their financial or other interest ahead of the interests of the retirement investor.

“The standard is to be interpreted and applied consistent with the standard set forth in the SEC’s Regulation Best Interest and the SEC’s interpretation regarding the conduct standard for registered investment advisers,” the proposed rule read.

According to Jeanne Klinefelter Wilson, the acting Assistant Secretary of Labor for the Employee Benefits Security Administration, the exemption authorizes wider arrays of investment advice models for advisors to offer clients.

“The proposed exemption would be broadly available to investment advice fiduciaries who adhere to a best interest standard and plainly inform retirement investors that they are acting as fiduciaries when making investment recommendations,” she said.

The DOL’s revised rule on standards for advisors to retirement accounts was originally expected before the end of last year, but in September, the U.S. Senate confirmed Eugene Scalia as Labor Secretary, and the DOL’s ethics department needed to clear him before crafting the revised rule.

Before becoming labor secretary, Scalia represented numerous plaintiffs, including the U.S. Chamber of Commerce and the Financial Services Institute, in the suit that successfully overturned the fiduciary rule enacted by the Obama administration. In confirmation hearings, Scalia testified before the House of Representatives that the DOL would be collaborating with the Securities and Exchange Commission to ensure the rule coordinates with Reg BI.

FSI President Dale Brown said the institute was reviewing the new proposal, but expected that the DOL had worked to avoid conflicts with Reg BI (the FSI and other industry advocates for broker/dealers have been supportive of the SEC’s rule, while critics claim that rule will inspire confusion among investors about the differences between brokers and advisors).

“These regulations must work in tandem to prevent conflicting requirements for financial advisors working to diligently comply with the rules and to avoid creating confusion among investors,” Brown said.

Consumer advocates like Barbara Roper, the director of investor protection at the Consumer Federation of America, and Micah Hauptman, the CFA’s financial services counsel, criticized the rule for “reopening loopholes” that previous regulations intended to solve. Before the Obama administration’s DOL rule, brokers and insurance agents were subject to fiduciary restrictions only if they met a “five-part” test.

“Broker/dealers and insurance providers can jump through loopholes because they can structure those interactions to avoid deemed being fiduciaries,” Hauptman said. “Broker/dealers and insurance providers can provide what any reasonable person would view as advice without it being deemed fiduciary investment advice and subject to ERISA’s prohibitions.”

In its proposed rule, the DOL claimed the court’s order in 2018 had “effectively reinstated” the 1975 regulation consisting of the “five-part” test. Hauptman questioned the legality of this argument, and whether the fact that the previous fiduciary rule had been vacated meant that the original 1975 rule was reinstated.

“I understand why Scalia would want to piggyback off the ruling that served him and his clients so well, but I’m not convinced it’s legally correct,” Hauptman said. “Sec. Scalia has given the industry exactly what they asked for, and this certainly won’t protect retirement savers from bad advice.”

To Roper, the new rule was a “dramatic watering down” of fiduciary standards that are supposed to apply to retirement accounts, describing the new rule as being “point-by-point” what the industry desired from the DOL during the previous rulemaking.

“This is unfortunately exactly what we were expecting from the DOL,” Roper said.

The rule was sent to the White House’s Office of Management and Budget earlier this month. After the rule enters the public register, it will undergo a public comment period and will subsequently be revised. The timetable will make it very tight for the rule to be enacted before Election Day, and it remains uncertain what would happen if President Donald Trump were to lose re-election before the rule was finalized and enacted.