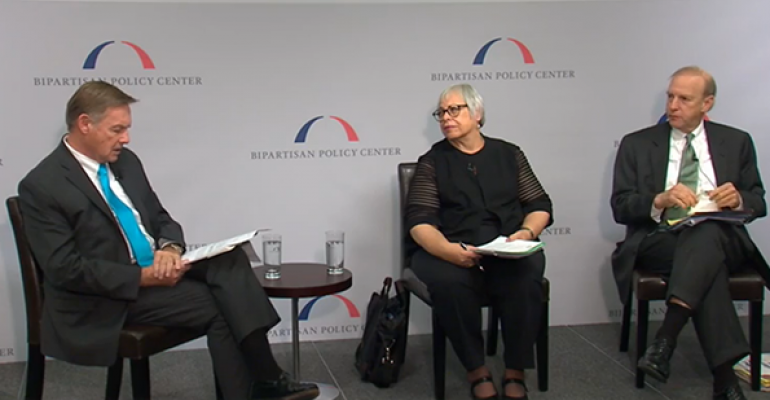 The Department of Labor aims to produce a finalized fiduciary rule in the first half of 2016, complete with a legally enforceable best interest standard.

While the agency is still sifting through the 391,621 comments it received on its fiduciary proposal, Phyllis Borzi, assistant secretary for the Employee Benefits Security Administration at the Labor Department, said the government has no plans to strip out the controversial ability for investors to bring litigation to enforce the best interest contract.

Borzi said the Labor Department’s goal was to publicize a final rule in the first half of 2016, but the industry has pushed back on the so-called enforcement mechanisms, saying the regulation, if finalized in its current form, could open the door to "problematic" class-action lawsuits.

“In one sweeping step, this moves enforcement of these provisions to civil class action lawsuits or arbitration where the legal focus must be on a contractual interpretation,” Rick Ketchum, CEO of FINRA, told attendees of the regulator’s annual conference in May.

“I worry that BIC is going to be end up being a wonderfully helpful document for the plaintiff’s bar, not helpful for the consumer, and that’s not helpful for anyone,” LPL’s chairman and CEO Mark Casady said earlier this year.

Borzi added that although the Labor Department has not yet finished reading all the statements and suggestions received during the six-month comment period, it was already considering updates to its proposal.

“It was perfectly obvious when we proposed it that it needed to be simplified and streamlined,” she said. “Even in our meetings and reading the comments of groups and individuals who were completely and totally, and vociferously I might add, opposed to what we were doing, there were nuggets of information that will help us develop a better rule.”