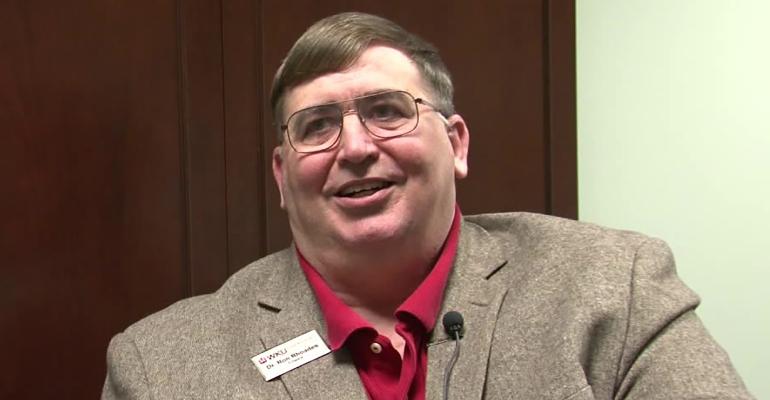 Panelists in a discussion during an awards presentation for Prof. Ronald Rhoades discussed Reg BI's future under a Trump or a Biden administration, as well as whether FINRA should be disbanded.

When assessing the future of fiduciary advice and regulation, much hinges on the results of the presidential election in November. For fiduciary advocates, the outcome could determine whether they take their fight for fiduciary standards to the states if President Donald Trump is reelected, or whether the SEC’s Regulation Best Interest should be overturned should a Biden administration pursue a new course with a new SEC chair.

Barbara Roper, the director of investor protection at the Consumer Federation of America, weighed these options during a panel discussion on fiduciary advice held before the presentation of the Frankel Fiduciary Prize to Professor Ronald Rhoades, a professor and director of the personal financial planning program at Western Kentucky University’s Gordon Ford College of Business. The prize is named in honor of Tamar Frankel, a professor of law emerita at the Boston University School of Law and a prominent proponent of fiduciary law.

“If President Trump is re-elected, there will not be an opportunity at the federal level to fix the standard,” Roper said. “Indeed, we’ll see the reach of the standard extended to the DOL rules under ERISA and this significant watering down of retirement plan protections will become a fait accompli.”

Roper admitted that the two options she saw for promoting fiduciary advice in the event of a Trump win were to pursue state laws, while acknowledging that a uniform federal standard would be preferable. She also said fiduciary advocates can strive to educate investors on how to find advisors that voluntarily adhere to such a standard and minimize conflicts in their business models. While such advisors could be found, Roper acknowledged that any strategy dependent on investor education could be a “heavy lift.”

However, if former Vice President Joe Biden wins the election and is inaugurated as the country’s 46th president, and replaces SEC Chair Jay Clayton, the administration would be faced with the question of whether Reg BI could be scrapped entirely, which Roper presumed could be accomplished via rule-making authority in the Dodd-Frank Act enabling the commission to create a uniform standard for brokers and advisors.

“Or is there enough of a framework under Reg BI that we can use, with changes, to provide meaningfully improved protections for investors?” she asked. “The benefit of the latter option, of trying to build on what exists, is that it can be accomplished more quickly, though it’s not an overnight task, with less red tape.”

The Institute for the Fiduciary Standard hosted the event, and Knut Rostad, its co-founder and president, noted that the pursuit of uniform fiduciary standards would be a “long-term” effort, while echoing Roper’s idea that pursuing state rules like Massachusetts’ recently enacted fiduciary standard was an option to consider should the Trump administration remain in place.

“On a collective basis, (we have) the opportunity to leverage the leadership of state regulators and of NASAA (North American Securities Administrators Association) in doing what we hope will be done at the federal level, but we have reason to be skeptical will be done in terms of enforcing Reg BI the way it should be enforced,” Rostad said.

Rhoades criticized the SEC for its use of the term “best interest” in its regulation, arguing it had usurped the phrase’s typical use in hundreds of judicial decisions as a term signifying fiduciary loyalty to be used in a rule that the commission itself agrees is not a fiduciary standard. He also questioned whether, and how, all investment and financial advisors could be bound by a bona fide standard of conduct. Asking this of all advisors would constitute a “sea change” for many business structures in brokerage and advisory firms large and small, and Rhoades said advocates needed to question whether the benefits of a fiduciary standard would be “so profound to our society and economy” as to justify the elimination of those structures.

Rhoades also excoriated FINRA for failing to raise standards of conduct for the brokers under its regulatory eye, despite the fact that the agency had acknowledged 80 years prior that brokers can possess a fiduciary duty to clients when a relationship of trust and confidence is present.

“I’d ask, is it not time to admit that FINRA’s model of self-regulation is a gross failure?” he said. “Is it not time to disband FINRA and move market conduct regulation back to the SEC and to the states, or are we going to endure another eight decades where the conduct of brokers makes very little progress?”

Rhoades also questioned how productive the SEC and FINRA’s upcoming Oct. 26 roundtable on initial observations about the rollout of Regulation Best Interest and Form CRS will be for both advisors and investors.

“Basically, I have zero expectations of the roundtable, and the only expectation I have regarding FINRA is that it does its best to gut Reg BI further, and make it what it is already, which is a meaningless standard that’s nothing more than suitability plus some disclosures and misleading statements that nobody understands,” he said.