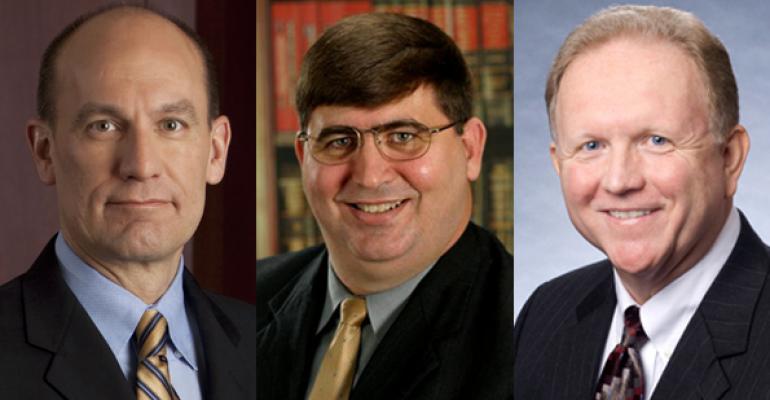 Advocates for the fiduciary standard on the RIA side voiced their concerns over the SEC’s recent request for comments during an fi360 webinar Thursday.

A trio of advocates for RIAs have taken issue with the Security and Exchange Commission's request for comments on a proposed uniform fiduciary standard for all financial advisors, fearing the commission is preparing to bend the code of conduct around the concerns of broker/dealers.

In early March, the SEC released its long-awaited request for information, a 72-page document, seeking an economic analysis of how the industry will be affected if the standard is imposed.

"I think it's a disservice," said Blaine Aikin, president and CEO of fi360, on a conference call Thursday afternoon. The questions themselves suggest what the commission is really asking is "does the fiduciary standard matter?"

Aikin said that the current fiduciary standard has core principles that have been in place for many years. The discussion shouldn’t be around how the SEC compromises those principles to accomodate commission-based business models.

Ron Rhoades, president of ScholarFi and chair of the Steering Committee of The Committee for the Fiduciary Standard, said the RIA advocacy groups he’s involved are struggling with the SEC’s request because it’s long and complicated. He echoed Aikin’s perspective that the questions asked by the SEC have underlying assumptions about the need for a fiduciary standard.

The fiduciary standard, Rhoades said, operates as a constraint on greed, but "the SEC proposal is basically is looking at this as, ‘How do we take greed and try to constrain the fiduciary duties?’ It’s almost the opposite of an understanding of the call to fiduciary principles.”

Skip Schweiss, managing director of advisor advocacy and industry affairs for TD Ameritrade Institutional, also expressed concerns with the request, saying that it’s going to be very difficult to respond to the SEC’s questions directly.

Aikin said fi360 will respond to it, but not in the manner that the SEC is looking for. Instead, the fiduciary education provider will question the underlying assumptions in the SEC’s proposal. He admitted there were some meaningful questions there, such as those that address cost and choice.

Rallying Around the DOL

Rhoades believes the more immediate impact will be the fiduciary standard slated to come out of the Department of Labor. That rule would impose a fiduciary standard of conduct on advisors to retirement accounts, possibly inclusing IRAs, which would dramatically affect brokers. The rule is due out in July, likely much sooner than the SEC’s, and could set a precendent for the commission. (See REP.'s April cover story, "The New Face of the Fiduciary.")

The securities industry advocates, such as SIFMA, have been putting millions of lobbying dollars to fight the DOL’s proposal, Rhoades said. He said the investment advisor community needed to match those lobbying efforts.

“I think it’s incumbent on the investment advisor community and financial planning community to react to that, to put some of their lobbying efforts in support of the DOL rulemaking process, at least to the point of, ‘Let’s get the rule out there,’” he said. “If it happens, it’s going to change the game.”

Brokers Are Not Advisors

Schweiss said consumers are confused by the titles and don’t know the difference between a broker and an investment advisor, and suggested that brokers should not be called advisors, unless they are operating under a fiduciary model.

Rhoades said that the use of the term ‘advisor’ is one factor that the courts look to when deciding fiduciary status of an individual.

“If you call yourself an advisor, how can you say you’re not a fiduciary?” asked Schweiss.