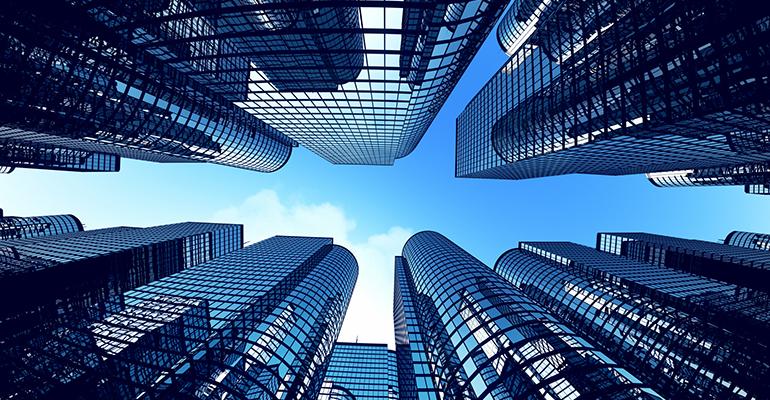 REITs Preparing for Spotlight Teach Money Managers How They Work

(Bloomberg) -- Real estate investment trusts are preparing for a surge of attention as they get their own grouping in major U.S. stock indexes. Their first task: educating investors who have no idea how to evaluate the industry.

The companies -- which own properties such as apartment complexes, hotels, office towers and shopping malls -- are tweaking their disclosures, adding glossaries to their earnings statements and reaching out to investors to break free of the reputation of REITs as a quirky niche. The new industry classifications, which take effect in September, will separate real estate stocks from financials and make them their own category.

The separate grouping means REITs will lure more generalists, defined as any money manager that doesn’t specialize in the area. The trouble is, such investors have little background in an industry that favors measures such as funds from operations or net asset value. Generalist funds are underinvested in REITs relative to their benchmarks by roughly $100 billion, in part because some of the concepts underpinning their analysis are unheard of elsewhere on Wall Street, JPMorgan Chase & Co. analysts wrote in a note this week.

“Everyone has shopped in a mall or lived in an apartment or driven past a warehouse,” said Alexander Goldfarb, an analyst at Sandler O’Neill & Partners LP in New York. “It should be really easy to understand, but it becomes very complicated because of the terminology.”

While REITs have been around since the 1960s, the industry ballooned following the real estate bust in the 1990s as cash-strapped companies turned to public markets when private funding dried up. The trusts are are being carved out into their own category by S&P Global’s S&P Dow Jones Indices and MSCI Inc. after a surge in valuations. Equity REIT market capitalization more than doubled to $886 billion from 2007 to 2015, according to the National Association of Real Estate Investment Trusts.

The property companies now make up about 3 percent of the S&P 500 Index. With the new classification, money managers who track benchmark gauges will be adjusting their portfolios to include REIT stocks. Cohen & Steers Inc. estimates $100 billion will flow into the shares.

REITs began taking steps in their first-quarter earnings reports to make it easier for fund managers who aren’t versed in the industry’s idiosyncratic lingo to understand their business. Equity Residential, the apartment owner taken public by billionaire Sam Zell in 1993, introduced a list of key terms and definitions.

The Chicago-based landlord reached out to a broader pool of investors to prepare for the new classification about a year ago, and found that investors who hadn’t bought REIT shares didn’t find commonly cited measures such as per-square-foot rent helpful in understanding earnings power, said Chief Financial Officer Mark Parrell.

Equity Residential added the glossary so investors who have never looked at a real estate company before can make some sense of its financial statements, he said. The landlord also changed its investor presentation to start with thematic topics such as the preference for urban living rather than diving straight into detailed data on its properties, he said.

“This doesn’t mean we won’t communicate to our real estate investors,” Parrell said. “It’s important for us to be bilingual.”

It’s easy for a novice in any industry to get tripped up by jargon, but REIT jargon is particularly hard for the uninitiated. For example, analysts eschew the familiar measure of earnings per share when gauging REIT performance. Instead, they look at a company’s funds from operations, or FFO, which excludes items such as the cost of depreciation. That’s because while a telecommunications company can expect its fiber optic cables to lose value over time, an office landlord expects the value of its properties to rise.

“Unless you own really bad buildings, real estate tends to hold its value or appreciate over time,” said Sandler O’Neill’s Goldfarb. “Depreciation isn’t really a factor.”

In order to get at just how much all those buildings are worth, analysts and investors work out a company’s NAV, or net asset value. It’s one of the most important calculations for understanding the intrinsic value of a REIT, and something generalists who might not know the real estate market could wrestle with, Goldfarb said.

At shopping-center owner Kimco Realty Corp., the glossary was moved to the front of the company’s first-quarter financial disclosures to make them easier for investors to digest, according to David Bujnicki, a senior vice president at the New Hyde Park, New York-based company. Previously, it was buried in the back, he said. In addition to FFO, disoriented investors can look up ABR (annualized base rent), GLA (gross leaseable area) and economic occupancy, too.

“Real estate has its own vernacular,” said Owen Thomas, chief executive officer of Boston Properties Inc., which owns stakes in marquee real estate including Manhattan’s General Motors Building and San Francisco’s Embarcadero Center. “Once an investor takes the time to learn the terminology, I think it can be understood relatively quickly.”

Boston Properties is extending its investor-relations efforts to include more dialogue with managers who oversee broader portfolios, Thomas said.

Year to date, the Bloomberg REIT Index is up 2.8 percent, while the S&P 500 is little changed. Yet it may be a precarious moment to jump into real estate. Commercial-property prices are flattening after six years of record-shattering growth, hurt by concerns ranging from slumping oil prices to slowing economic growth in China.

REIT shares have taken a hit this week on speculation the Federal Reserve may raise interest rates again as soon as June. Higher rates increase the companies’ borrowing costs and diminish the attractiveness of their dividend yield.

Simon Property Group Inc. -- the largest REIT, with a market value of about $60 billion -- is “very focused” on soliciting new investors, said Les Morris, a spokesman for the Indianapolis-based mall owner.

“We do feel this is an opportunity for us as these investors are focused on cash flow growth, earnings and dividend growth, and strong balance sheet metrics, which plays to our strengths,” Morris said in an e-mailed statement.

Meeting face-to-face is crucial in getting generalist investors comfortable, said Kimco’s Bujnicki. The company, credited with jump-starting the modern REIT era with its initial public offering in 1991, has set a goal to schedule half of its meetings at conferences and on road trips with non-REIT fund managers, he said.

“The idea for us is to get in front of these investors and start to get face time,” Bujnicki said.