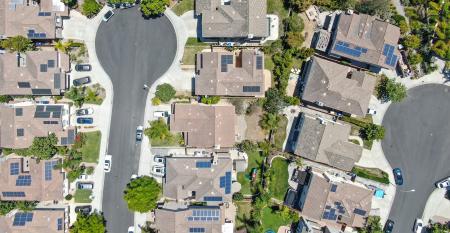 Trump Plans to Build 2,300 Luxury Homes at His Miami Resort
Jan 18, 2022
The former president said in a statement that he plans to apply to build the homes as well as retail and...

Harrison Street Plans $1.5 Billion Single-Family Rental Venture
Jan 10, 2022
Harrison Street and Core Spaces entered into the venture to build communities in Austin, Denver, Nashville and a handful of other cities.

2021 Year-in-Review: CRE's 11 Most Important Stories
Dec 29, 2021
From the office sector's repeated setbacks to unprecedented demand for industrial space to climate change's adverse impact on commercial real estate investments, here are some of the most important stories of 2021.

2021 Year-in-Review: WMRE's Top Eight Galleries
Dec 27, 2021
COVID-19 continued to disrupt both everyday life and commercial real estate trends. But the outlook for the industry as a whole...

Booming Atlanta Becomes Epicenter of U.S. Inflation Surge
Nov 30, 2021
The elevated inflation rate in Atlanta partly stems from its lower starting point. Still, a mix of cash-rich investors and an influx of newcomers from the North are squeezing out locals.