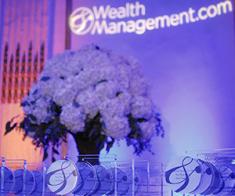 What Does the Stalled HEROES Act Mean for CRE Operators?
Sep 02, 2020
A comprehensive federal rescue package seems no closer to being passed by the Senate. Here’s what the impact has been on commercial real estate.

FHA Mortgage Delinquencies Reach a Record, Led by New Jersey
Aug 17, 2020
The share of late FHA loans rose to almost 16 percent in the second quarter, up from 9.7 percent in the first.

Invitation Homes Eyes Next 80,000 Houses as Suburbs Boom
Aug 04, 2020
The firm is buying up new houses at a time when mortgage rates are low and suburban houses are in high demand.

U.S. Homeownership Rate Soars to Highest Level Since 2008
Jul 29, 2020
In the second quarter, the U.S. homeownership rate jumped to 67.9 percent, according to the Census Bureau.

Brookfield Bets on Single-Family Rentals With $300 Million Fund
Jul 21, 2020
The company acquired a controlling stake in single-family landlord Conrex, which operates in Midwestern and Southeastern U.S.

Sales of Previously Owned U.S. Homes Fall to Lowest Since 2010
Jun 22, 2020
Sales closings fell by 9.7 percent in May compared to April, according to the NAR data.