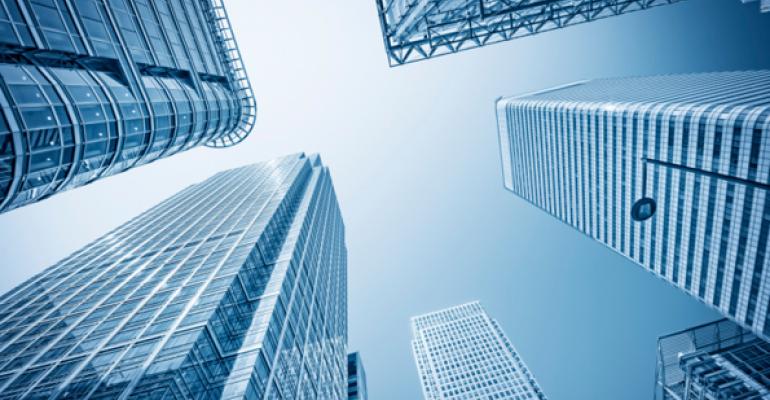 Changing fee structures are part of the evolution occurring within the non-traded REIT sector.

Non-traded REITs have gotten plenty of flak for their traditionally high fee structures. Front-end loads in particular often hit double digits as a percentage of the total investment amount. Yet many players have been working hard to change that image and make their products more appealing to investors.

“What we are seeing is that fee structures have become a little bit more favorable to investors over the past year as the latest regulatory changes have been implemented,” says Kevin Gannon, president and managing director at Robert Stanger & Co., an investment banking and financial advisory firm based in Shrewsbury, N.J. Fees still vary widely among the different sponsors and share classes of securities offered, from highs on total front-end fees that are above 17.0 percent to lows that are below 5.0 percent in some cases. However, it is clear that there is a broad industry effort to reduce and restructure fees.

Certainly, criticism of the historically high loads has not gone unnoticed by sponsors. Other drivers behind the push for lower fees include increased competition from real estate investment alternatives, such as interval funds, and new regulatory changes. Specifically, the FINRA Notice 15-002 that went into effect in April now requires net pricing of non-traded REIT shares. In addition, a pending rule change from the Department of Labor will make it more difficult for sponsors to sell commissioned products into tax-exempt accounts.

FINRA 15-002 aims to create greater transparency by showing the up-front expenses that are deducted from the initial investment on investor statements. “The thinking has been that with better disclosure of fees, costs and expenses, there will be greater pressure to lower those fees, costs and expenses, and we are seeing that,” says Mitchell Sabshon, president and chief executive officer of Inland Real Estate Investment, a REIT sponsor.

The traditional fee structure for a non-traded or non-listed REIT includes a broker commission that is about 7.0 percent of the equity raise; a wholesaling or managing broker-dealer fee of about 3.0 percent; and organization and offering (O&O) costs of about 1.0 percent. So all-in fees are about 11.0 percent of the gross raise. On top of that, there can be additional transaction fees for acquiring or selling real estate, asset management fees and the promote interest or waterfall where the sponsor shares in the upside.

Sponsors are working to both reduce and restructure fees to lighten the front-end load specifically. Inland is one sponsor that has been working to lower fees and costs on its products for the past several years. The company has been scaling back broker commissions on A shares from 7.5 percent to now 6.0 percent in its current offering for Inland Residential Properties Trust Inc. In addition, the next product the company is putting together, which has not yet been announced, will be sold with a 5.0 percent commission on A shares.

Inland has also been gradually reducing its asset management fee from 1.0 percent to 0.60 percent in its current offering. And in August, the company announced that it would eliminate all real estate-related transaction fees for currently offered and future non-listed REITs starting with its Inland Residential Properties Trust.

Going forward, Inland will collect a basic asset management fee and, potentially, an additional performance fee. For example, Inland Residential Properties Trust is structured to pay a 15.0 percent performance fee above a 6.0 percent hurdle rate. If the REIT achieves an 8.0 percent return for investors, then Inland would get 15.0 percent of that additional 2.0 percent above the target. “So only if we outperform do we get additional compensation, and that really does align our interests even better with investors,” says Sabshon.

“What that is designed to do is get more money invested in the ground on day one, and the compensation to the broker-dealer comes out of income earned on the portfolio as opposed to coming out of the investor’s initial investment,” says Sabshon. T shares for Inland Residential Properties Trust pay a 2.0 percent commission and an ongoing trailing commission to the broker-dealer firm equal to 1.0 percent per annum for the first 5.25 years.

The changing fee structures are part of the evolution occurring within the non-traded REIT sector. The first step was restructuring and spreading fees out to lighten the front-end load. The second step that is occurring now is a tangible reduction in fees. “It is not immediate, because people still want to get paid. But what we are seeing is a noticeable change in fees,” says Gannon.

For example, Blackstone has a program where the dealer-manager fee is paid by Blackstone as the sponsor rather than being paid by the REIT and then passed through to investors. “The simple truth is that the sponsor is starting to bear more of those costs, and we think that trend line is likely to continue, meaning that there will be less fees charged to the deals directly,” adds Gannon.