Exploring distressed real estate, including investment in debt and equity, loan workout strategies, forbearance, defaults and delinquencies across all property types.
Stay up to date on the latest CRE distressed property news through our free monthly e-newsletter. Join today. 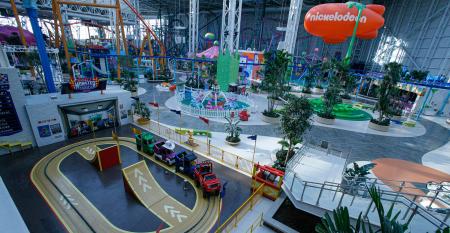 American Dream Mall Misses Payment on Debt Backed by N.J. Grants
Aug 02, 2022
The mall did not make an $8.8 million payment on municipal bonds that was due Monday.

The Manhattan Block Frozen in Peak Pandemic Time
Jul 28, 2022
The number of riders using the 59th Street stop has been declining for years now. Since 2014, it’s down more...

Can Triple Five Keep Its Megamalls Alive?
Jun 21, 2022
The experiential component is starting to pay off for the American Dream megamall. But will it be enough to pay...

Will Unibail-Rodamco-Westfield’s Planned Mall Selloff Cause a CMBS Problem?
May 11, 2022
The company would like to sell its U.S. malls at a 30 percent discount to their 2021 valuations. Analysts say that may be unrealistic.

Investors Fear Westfield Will Default on Malls as It Exits U.S.
May 04, 2022
About $3.4 billion in mortgages on Unibail-Rodamco-Westfield malls have been bundled into bonds and sold to investors.

Chinese Developer Oceanwide Is Exiting NYC, Hawaii to Focus on LA
Mar 31, 2022
The Beijing-based company plans to sell assets that won’t generate immediate revenue or haven’t been seized by creditors.

U.S. Office Buildings Face $1.1 Trillion Obsolescence Hurdle
Mar 14, 2022
About 30 percent of U.S. office buildings are at high risk at becoming obsolete, according to one consultant.

Are Offices Next for CMBS Delinquencies?
Feb 25, 2022
SitusAMC’s Head of Special Servicing discusses the improving pipeline for distressed CMBS loans and trouble spots that could...

New Jersey’s American Dream Megamall Is Once Again Sinking in Debt
Feb 23, 2022
The Ghermezian family can’t keep up with the bills on the shopping and entertainment megaplex.

Hines Launches $1 Billion Fund for Undervalued U.S. Properties
Jan 10, 2022
The fund aims to raise $1 billion in equity for investments in 30 of the largest U.S. cities.

Distressed Hotel Deals Are Almost Within Reach
Jan 03, 2022
Banyan Investment Group, based in Atlanta, Georgia, is now in the “best and final offer” stage of bidding in a half-dozen separate deals.
Load More