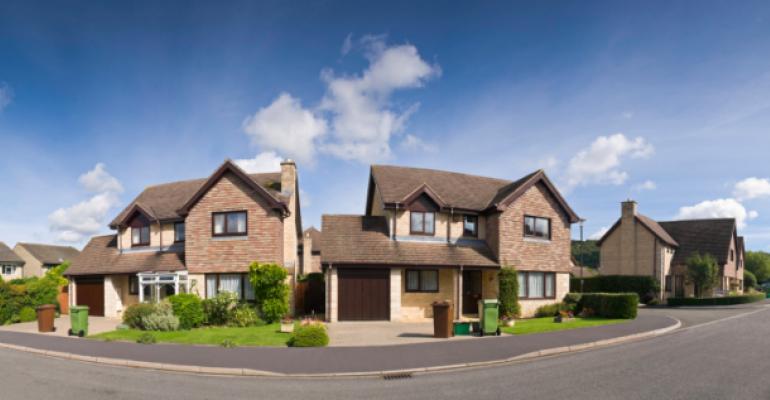 With homebuilders richly valued, is there room to grow?

“Last year was a better year than most of us had anticipated with increased home sales and pricing and a pretty significant reduction in inventory, and we see 2013 as year two of the residential housing recovery,” says Megan McGrath, executive director and homebuilding analyst for MKM Partners LLC. “The recovery is a good story, but from an investment standpoint, it’s also one where the big money has already been made.”

Last year marked the first year that every major publicly traded homebuilder stock traded up since 2004. Homebuilder stocks were up, on average, 118 percent in 2012 (an equal-weighted index was up 87 percent), far outperforming the 13.4 percent gain in the S&P 500.

MKM Partners tracks 12 public homebuilder stocks, and all 12 outperformed the S&P in 2012, according to McGrath. However, performance by stock varied; Hovnanian led the group with an increase of 383 percent, while Beazer and NVR lagged, up 36 percent and 34 percent, respectively. (Double-digit gains like that is laggin?)

A recent Raymond James report noted that consensus opinions seem to believe housing will continue to “surprise to the upside.” However, the firm cautions against such exuberance, pointing to several hurdles on the immediate horizon including household formation, homeownership trends and mortgage availability – all of which are tied together.

“To maintain strong levels of growth, we believe that first-time buyers need to return to the market at a faster rate and that credit standards need to ease for this to occur,” McGrath notes.

Household formation is a key component of housing demand: Without the creation of new households, no new housing is needed.

Since the U.S. population continues to grow, the limited household formation can be attributed primarily to the economy, according to housing experts. During periods of weak economic growth, Americans tend to stick together – at least from a housing perspective. Younger adults tend to stay at home longer, choosing to continue to live with mom and dad rather than going it alone. Also, many adults who had previously had their own households choose to double-up and share space to reduce costs. The net impact of the decisions is decreased housing formation and decreased demand.

Conversely, when the U.S. economy expands, Americans are more willing to set up house. Young adults are eager to flee the nest, while older adults dump their roommates.

In a recent report, Wells Fargo’s housing analysts say several years of weak formations provide the “potential for multiple years of future growth opportunities.” However, the experts also note that an improved economy and a more accessible mortgage financing environment are prerequisites to a return to a long-term average. 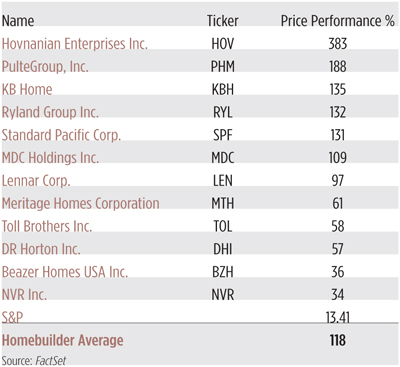 Homeownership trends are just as important as household formation. During the housing downturn, many homeowners saw home values plummet. Millions of homeowners ended up in mortgages that were “upside down” or “under water” – meaning that they owned more than their homes were worth – and millions more lost their homes to foreclosures.

As a result, Americans are increasingly wary about homeownership. Young adults in particular want the flexibility to move for jobs, and they seem homeownership as an impediment to mobility.

As of the first quarter of 2012, the national homeownership rate stood at its lowest level since the first quarter 1997 – 65.4 percent, according to “The State of the Nation's Housing 2012” report issued by Harvard University’s Joint Center for Housing Studies. That number was 3.8 percentage points below the peak in the fourth quarter of 2004.

The report also found that homeownership rates have fallen significantly from their mid-2000s peaks across all age groups except seniors. The highest declines occurred for households up to 44 years old. Indeed, rates for households between ages 35 and 54 have dipped below the trough hit in the early 1990s.

The Joint Center for Housing Studies predicts that homeownership rates among younger households will remain under pressure for the next few years. For example, Echo Boomers  - children of Baby Boomers – are entering the housing market, but primarily as multifamily renters. In addition, greater numbers of middle-aged households are delaying homeownership or returning to rental housing.

Even if Americans want to own homes, their ability to do so is determined by the availability of mortgages. Obviously the days of easy credit are over. Today’s credit environment is so stringent that many would-be buyers can’t take advantage of low interest rates and lower home prices.

The Federal Reserve’s survey of senior loan officers reveals that banks tightened underwriting standards every quarter from late 2006 through mid-2010, with very little easing since then. The magnitude and duration of this tightening are unprecedented, according to the Joint Center for Housing Studies of Harvard University.

In fact, as recently as 2012, the Federal Housing Administration (FHA), Freddie Mac, and Fannie Mae, among others, continued to modestly tighten standards, according to Fitch Ratings.  The ratings agency says it is unlikely that credit terms will become more challenging in 2013. However, it also does not expect “meaningful” loosening of standards.

“On the demand side of the equation, with interest rates practically guaranteed to stay low, we believe that consumer credit could present the tipping point between a decent year for housing and a great year for housing,” McGrath contends.