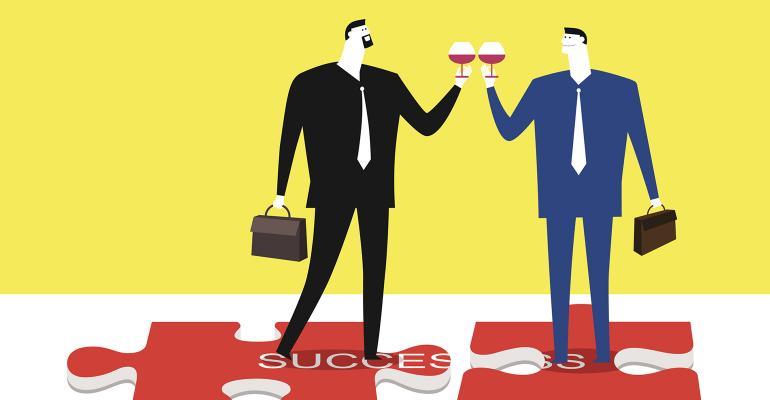 Yes, You Can Do Business with Friends

NAPA, Calif. — “I just had dinner with a friend that I’ve known since we were 6-year olds—we’re extremely close and the family is extremely wealthy but…” and Martin gave a heartfelt sigh before continuing, “I’ve never approached him about business, and you’ve got me thinking that I probably should. Do you have any suggestions?”

What got Martin’s attention was a factoid I shared in my presentation; 80 percent of today’s affluent are open to conducting business with a financial advisor who’s a friend. But the advisor has to ask.

Now to be specific, the “ask” is in reference to having a business conversation. The idea is to have a conversation where you explain what you do and how you do it. And I know what you’re probably thinking … “They already know what I do, that I’m a financial advisor at XYZ firm.” In that, you’re most likely correct. But the odds are they have you pigeonholed with their preconceived notion of a financial advisor and they don’t really know what you do.

That said, this doesn’t mean that 80 percent of your friends will fire their current financial advisor and hire you. Some will be perfectly satisfied with who they’re working with, others might not be able to move their money for a variety of reasons, while still others—as in Martin’s case—have so much wealth ($250 million plus) that the perception is that they’re far beyond the capacity of a retail advisor, while others, upon realizing the extent of what you do, are happy to break free of an advisor who hasn’t been addressing all of their needs.

So let’s get back to the 80 percent figure. The concept is simple; eight out of 10 will be open to listening to you explain what you do and how you do it. And every affluent person in your world should know this. Period!

But we discovered there are three key obstacles that interfere with advisors capitalizing on these opportunities. I’m going to debunk each of them as I did in the speech that got Martin’s attention—then I’ll share with you what I suggested that he do.

1. Don’t Want to Appear “Salesy”: This is totally ridiculous! First of all, your friend already has a thoroughly developed perception of who you are. If you’re a conscientious, dependable and trustworthy friend who’s also a hardworking, knowledgeable professional, there’s nothing to be concerned about. On the other hand, if you’re a good-time Charlie who’s bouncing around from job to job, or investment idea to investment idea, it’s unlikely you’re going to be trusted in any professional capacity.

If you’re like Martin, a trustworthy hardworking professional, there’s absolutely no way you’re going to come across as salesy.

2. Fear of Rejection: The idea is to never be on your “back foot” when having this conversation. You want to be of the mindset that you’re providing value to a friend by making them aware of exactly what you do and that if they ever have an issue, you can be of service.

So let’s say Martin’s friend listens but isn’t about to move his family’s wealth because everything is well taken care of. Martin’s response is “good for you and the family, that’s what I thought—I simply wanted you to know what I do, so if anything changes, or if you ever want to run anything by me, feel free to give me a call.”

We’ve seen friends who initially claimed all was well. Then months (or even years) later, they call with an issue, and shortly thereafter, become a client.  Something has changed, they’ve known and trusted you for a long time—but now understand exactly what you do.

3. Fear of Ruining the Relationship: This is another one of those phantom fears. The reality is that if, per chance, you did ruin a relationship by simply having a business discussion with someone you thought was a friend—this person wasn’t really a friend—you didn’t have a relationship to begin with. You’re better off without this person in your life.

The affluent are a very discriminating group. Yet with a friend who’s affluent, most likely you have 75 percent of the most important ingredients (likeability, respect and trust), all that’s left is to explain what you do and how you do it. No stone should be left unturned—you want to have this conversation with EVERY affluent person you know.

My suggestion to Martin was simple: call his friend the following week and propose that he’d like to share what he does professionally over a bottle of wine.