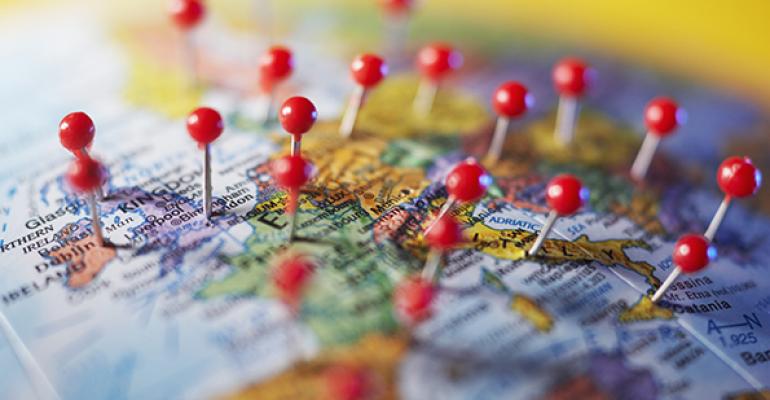 Working with foreign nationals residing in the U.S. is a potentially lucrative market, but there&#39;s a steep learning curve

For Ozgur Karaosmanoglu and Aydin Tuncer, the word “global” in the name of their firm, Global Wealth Management Group, is not hyperbolic marketing. It reflects their business. About 20 percent of the firm’s $325 million in assets are from non-U.S. clients, up from $30 million in 2010. Focusing on non-U.S. based clients “has been a successful niche for us,” says Karaosmanoglu.

The Bethesda, Md.-based partners read international newspapers daily to ensure they can hold knowledgeable conversations with their clients and prospects. They have a network of other professionals who specialize in the legal and accounting needs of foreigners. Five years ago, they added a quarterly “global wine list” to their web site, which recommends one type of vino from anywhere in the world.

Working with foreign nationals residing in the U.S. is a potentially lucrative market, and includes those in the U.S. temporarily for business; couples where one spouse is not a citizen; and recent recipients of green cards who still have assets in their country of origin. Consider that more foreign nationals look to our equity and real estate markets as a safe haven for their assets. Total real estate sales to foreign buyers, including those using the property as a primary home as well as more-temporary residents, rose from about $68.2 billion to $92.2 billion from mid-2013 to mid-2014, according to the National Association of Realtors.

But it can be a tricky niche. There is a learning curve to understanding the economic and political situations of where these clients come from, and a need to form partnerships with other professionals who have expertise in international regulations. It also helps to be able to tolerate a slower sales cycle.

Advisors get started in different ways.  Some are foreign-born themselves, with easy access to global residents. Karaosmanoglu, for example, is of Turkish descent and grew up in the Washington, D.C., area, where his father worked for the World Bank. Others are married to a foreign national or lived overseas.  On the other hand, Kate Holmes, who runs Belmore Financial, a virtual financial planning firm from Las Vegas, started out two years ago with several Australian clients. Holmes had attended college in that country, and it was a useful entrée.  Now, about 25 percent of revenues are from Australia and New Zealand clients, according to Holmes.

Steven Bloch, managing partner of  MHB Financial Group in Redondo Beach, Calif., hasn’t even tried to attract these clients. A tax attorney and CFP, he spent the first 10 years of his career working in the international departments of Deloitte and Ernst & Young. “This has happened through word of mouth and reputation,” says Bloch. About 10 percent of his revenues are from non-U.S. citizens residing here.

For the sake of efficiency, you’ll probably need to focus on one or two nationalities—most likely groups that are populous in your area. Keith Schnelle, head of Global Wealth & Asset Protection Strategies in Austin, Texas, gave up his securities licenses in 2008 and his asset management business to concentrate on providing investment advice to non–U.S. citizens, focusing on Latin America. As with any advisor, eventually these clients can turn into referral machines. It’s also smart to look for referrals from other professional service providers targeting the same market, be it lawyers, accountants or even real estate agents.

You’ll  need more patience than you might with other prospects. “This isn’t a quick sales cycle,” says  Karaosmanoglu. It can take six months to a year or longer to convert even a warm prospect into a client. Mel Lagomasino, CEO and managing partner of New York City and Miami-based WE Family Offices, which serves as a family office for about 70 families with an average net worth of $100 million, recently signed on a client one of her partners first met about 10 years ago. The man had recently turned 70 and figured it was time to enlist better stewardship for his multiple U.S. properties and businesses.

Why the long slog? For one thing, many foreign nationals aren’t used to investing in the U.S. or domestic vehicles like the 401(k). Often, they’re accustomed to dealing only with a banker. As a result, you usually have to educate prospects about the basics that even a novice U.S. investor doesn’t require.

The cultural issue is also a big factor. Many of these prospects are uncomfortable with the usual U.S. style of doing business. “They want to come to your office, look you in the eye and get to know you,” says Karaosmanoglu. The bottom line: In many situations, early conversations should have nothing to do with investing or financial planning. Instead, encourage prospects to bring up current events, currency trends, family and other issues.

Schnelle points to a new client from Mexico. The man recently made a point of praising Schnelle for how he handled their early meetings. According to Schnelle, he had spent the first hour discussing everything from the man’s family to important life events, without ever bringing up anything finance-related. “He told me he liked that I didn’t immediately launch into getting to the bottom line,” he says. “He told me that’s how we do business in Mexico.”

Some younger, tech-savvy clients don’t have to see you in person, according to Holmes, who has many clients in their 20s and 30s working in high-paying tech jobs. Even so, she finds the sales process is slower than it is with U.S. prospects, because the non-U.S. citizens lack so much knowledge about U.S. finance. “When I see U.S. people, they’ve hit a pain point and they want to move forward quickly,” she says. “But the non-U.S. clients, they don’t even know what they don’t know.”

Perhaps the most crucial—and trickiest—part of serving these clients is dealing with tax treaties and tax and estate laws. For one thing, they vary considerably from one country to the next. Most people depend on accountants and lawyers who specialize in the area. Even Karaosmanoglu, while knowledgeable about many legal and regulatory twists and turns, turns to his network of outside professionals to address these issues. For her part, Holmes has amassed a handful of professionals, most of them outside the U.S., to whom she turns for help or for suggestions of others who can.

As for fees, some advisors charge these clients more. Bloch charges his non-U.S. citizen accounts a higher planning and tax fee, because their situations are usually more complicated than his other clients. In some cases, he asks as much as 100 percent more, if he has to do a tax return for both countries. He also charges a premium for financial planning work.

If all this sounds pretty time-consuming, it is. But advisors say the effort is worthwhile. That’s particularly because, once you put the time into cultivating this market, they may stay with you for years. What’s more, according to Karaosmanoglu, many of his domestic accounts started out as international clients, who then became U.S. citizens. Even if they move, “These are very sticky clients,” says Karaosmanoglu. “When they leave the country, they keep their assets with you.”