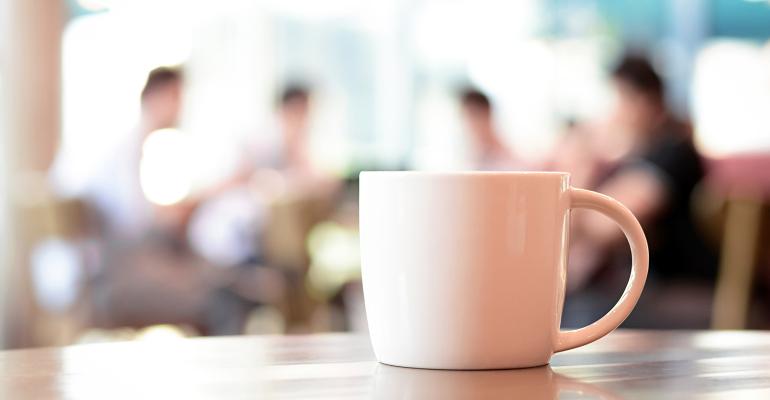 Do You Know How to Mini-Close?

Start simple, like suggesting to meet for a cup of coffee.

LINCOLN, Neb. — “We’ve always been taught to be closing, you know the ‘proverbial ABC, always be closing,’ but your concept of the mini-close got my attention,” remarked Jared as a prelude to his question during a Q&A, “Most, if not all, of us would agree that the closing techniques we’ve been taught don’t work on people with money—but how much different is your suggestion?”

This was a great question! Many people are of the notion that sales is sales. If you’ve learned how to sell, you can sell anything. This is what we call a false positive. The “positive” is that there are commonalities in all types of sales; you’ve got to listen, know your product or service, guide someone into making a buying decision, handle objections—and the similarities go on. However the “false” is directed at prospect’s profile. When it comes to “being sold,” the affluent are different.

The affluent DO NOT like being sold and don’t like salespeople. To Jared’s point on the ABCs of selling, not only does it not work, it’s counterproductive. The ABC financial advisor quickly becomes a pariah in affluent circles. Following Jared’s question, I found myself arbitrating an argument between Mother (Senior Advisor) and Daughter (Junior Advisor), which I quickly took offline—away from the group.

Mother had been in the business for over 25 years and had done well in the world of cold-calling and public seminars. Daughter had left a CPA firm five years ago to join Mother and had been critical of her marketing methods. Here’s the short story: Mother moved into a wealthy gated township six years ago, got hold of a resident directory and immediately sent a direct mail announcement of her services to every resident. She then followed that with signing-up everyone to receive her newsletter.

According to Daughter, “people cross the sidewalk when they see you coming.” Mother was infuriated.

The reality is that Mother was successful in yesterday’s world. Like many advisors, she had acquired affluence, lived in an affluent community, but had zero clients from her township and, according to Daughter, had become a pariah. Ouch!

So—what is a mini-close? I’m going to share my offline conversation with this mother/daughter team as an example.

I explained that this is simply a suggestion, executed with strategic intent. For instance, rather than sending out direct mailers announcing her services, Mother suggests to someone she encounters on their morning dog walk that they meet at the local coffee shop. She makes the suggestion, the neighbor complies. Voilá—mini-close. Let’s say she’s developed a relationship with her fellow dog walker, Mother might then say “I’d like to take you to lunch next week and tell you about my business.” Again, she makes the suggestion and the neighbor complies.

This is all about establishing momentum, getting the law of inertia working in your favor. At this point, Mother would have momentum and depending upon what’s transpired during this sequence of mini-closes, she might suggest stopping by the office to meet her daughter and the rest of the team. As you’ve probably noticed, as mini-closes progress, they become more business-focused, running the gamut from suggesting to review documents, to developing a proposal, to suggesting they become a client.

Mother’s initial reaction to the above was typical of old school marketers—“That takes too much time!” To which Daughter replied, “We’ve yet to get one client from your township in the six years you lived here. I think what Matt has outlined could’ve brought in at least five new clients a year—that’s 30 new wealthy clients from the township!” That did the trick, Mother was willing to try, but they had their work cut out for them—changing a first impression takes time.

This concept taps into a basic tenet of human nature—we are a compliant species. We follow laws, do what we’re told and often comply to suggestions of others. Mastering the mini-close takes this aspect of human nature, couples it with the negative perception the affluent have of salespeople and strategically uses suggestions to generate momentum. It’s this momentum—mini-close/mini-close/mini-close—that paves the way for an affluent prospect to become a client. Initial suggestions should be easy to agree to—let’s get a cup of coffee. As momentum builds, suggestions will naturally lead to the recommendation that your prospect become a client.

Obviously this is not going to be successful with every situation, but that’s just part of sales. However, there is no mistaking the fact that momentum created by a series of mini-closes increases the probability of getting a new client.