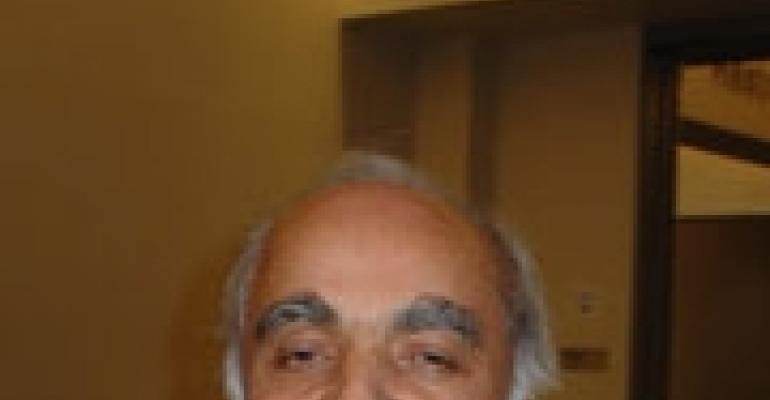 Anant Yardi, the firm’s CEO, spoke with NREI Technology Edition in San Diego about the recent mortgage crisis, the need for due diligence and the future of commercial real estate. Yardi was also a featured speaker at the RealComm 2008 conference.

NREI: You have stated that there is a need for due diligence and that the industry has fallen short. How so?

YARDI: Due diligence and investigation is such a key part of any new project and it does seem to me that people so often go into a new venture with preconceived ideas. And as often as not, the purpose of due diligence is to support conclusions that may have been reached even before the due diligence started. The investigation process really has to be with an open mind. One example would be our financial system where people are continuing to make their investments with expectation and anticipation that the valuations will go up without taking the time [for due diligence] because the market is so buoyant and then somewhere down the line, it crashes.

YARDI: I haven’t heard about commercial real estate being affected but the notion of packaging mortgages, and then remarketing them — the notion of credit swaps, the notion of collateralized debt obligations and all of these — were inflated in terms of valuations and the products were complex enough where nobody quite knew the risks and that would be an example where the due diligence failed because there was not a proper assessment of risk.

YARDI: Those seem to be fine. They’ve been around for a long time. It’s when they’re repackaged through structured investment vehicles or through some of these other financial products, that’s when the risk is not properly understood.

NREI: Did the ratings agencies fail?

NREI: Given the current downturn, are we in a situation where there is too much risk in commercial real estate?

YARDI: My feeling is that we are going to bottom out here shortly. In fact, I would be quite optimistic about the future. It seems to me that most of the write-downs are probably behind us. Frequently, the markets tend to overreact in one direction or the other. We’ve seen that — at least in my tenure in this market — three times. The first was the Savings & Loan situation that occurred in the late ’80s. The second time was the dotcom bubble, which occurred in the late ’90s. And now, there is the mortgage issue.

It’s peculiar that each one of these things occurred every 10 years but what’s common to all of them is there was unnecessary and excessive speculation. In the first instance, property values were appraised at a point much, much higher than the market could really support. In the second instance, it was companies that were valued at a much higher rate than what was supported. In the third instance, it was debt that was being valued higher. It’s interesting that in the three bubbles that burst, there was a common theme. It was valuations that were unjustified and risk that was not properly understood.

NREI: Many banks have suffered deep write-downs. What lessons can the banks take away from the experience?

YARDI: I would say it’s a lesson in due diligence. As all of this was going on, did each one of these entities devote the time to understanding exactly what their investments were and what the risk was? I think each of one these is an error in due diligence and proper assessment of the market.

NREI: If it’s true that bubbles occur every 10 years, then what’s next?

YARDI: My instincts say that the next item may be energy and it may in fact be less than 10 years because already we are seeing — and I can’t say whether this is speculation or this is demand and supply — for oil prices to go up by a factor of three in less than two years is pretty amazing. And now people are saying they might go up to $200 or $250. The difference in the energy context is that there is a finite supply and the demand is just continuing to increase rapidly. This makes for a difficult situation.

NREI: How do you see the commercial real estate industry being affected by higher energy prices?

YARDI: There’s a great deal of talk in terms of LEED and green buildings and EnergyStar and these are all good things. But there also needs to be potentially some structural change in terms of habits. Travel is one of the worst things in terms of carbon emissions. Do we need to travel as much as we do? Will Cisco and some of the major companies provide video conferencing equipment and functionality, which really reduces the need for travel? Another example, people spend a great deal of time on the freeways commuting. Will there be changes where mass transit becomes more popular and more commonplace? Will there be changes where instead of a five day week, we go to a four-day week because going to a four-day week will cut back on 25% of our commuting expense and energy utilization?
And as these things occur, I don’t know that the way we value and build commercial property will change extensively but I do believe that as more of these programs are put in place, the valuation of commercial property will reflect the energy consumption and savings that an investor or owner might realize.

YARDI: I suspect that will happen because the demographics are such that they’re predicting that 65% to 70% of the world’s population over the next 20 years will transition into the major cities, and areas or small villages that are self-sustaining, where people work and live and do all of their shopping in a small neighborhood.