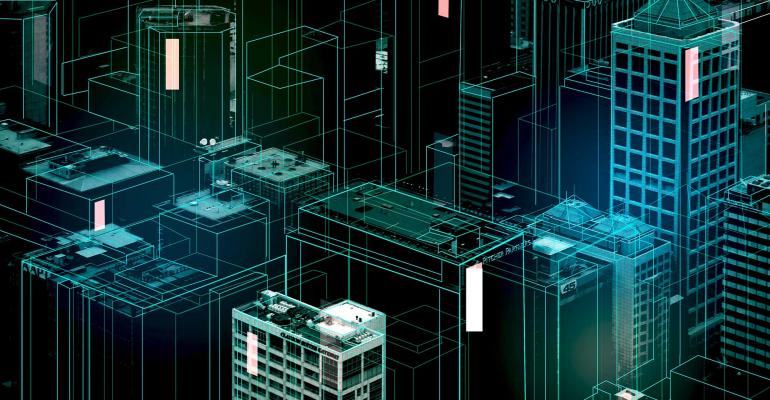 The startup’s technology enables builders to easily capture a visual record of a job site, simplifying an ordinarily painstaking process.

(Bloomberg)—OpenSpace, a startup that develops technology for the construction industry, raised $102 million in a new funding round that the company said gives it a valuation of $902 million.

The startup’s technology enables builders to easily capture a visual record of a job site, simplifying an ordinarily painstaking process. Workers attach a camera to their hard hats and images are then uploaded and organized with artificial intelligence to create a complete picture. The images are stored in the cloud and can be consulted during all phases of construction.

Having a visual record that can be accessed from a desktop can save money and time for developers, according to Pritzker, a former U.S. secretary of commerce who has a long history in the real estate business.

Many construction disputes can be lengthy and expensive, involving lenders, insurers and lawyers, often with no consistent set of facts to settle the matter short of tearing down drywall to check work that’s already been done. With OpenSpace, Pritzker said, “now you know what’s behind the wall.”

The platform has been used in more than 75 countries on roughly 10,000 job sites, from renovations of small retail spaces to large-scale projects such as SoFi Stadium near Los Angeles and the Spiral, an office skyscraper rising in Manhattan’s Hudson Yards area.

The technology can be a key solution at a time when needs for things like affordable housing and green infrastructure are increasing, but the costs are enormous and a shortage of labor is chronic, according to Jeevan Kalanithi, OpenSpace’s chief executive officer.

“These large industries critical to people’s lives are in a crunch, and haven’t been paid attention to enough by a lot of folks, including the tech industry,” Kalanithi said. “Now is the time to make a dent for these folks.”