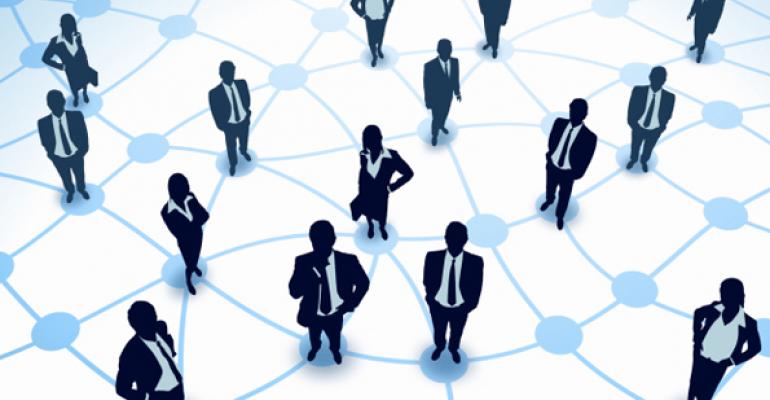 If the pool of available advisors with proven records and solid books of business is evaporating, where do recruiting brokerages go for growth?

Here are some depressing statistics on industry attrition that we’ve all heard over and over: Since peaking in 2005, the industry lost 32,000 advisors, and Cerulli says another 25,000 will disappear by 2017. Wirehouses and independent broker-dealers will be hurt most, the research firm says.

The traditional training programs for brokers are partly to blame; fewer than 20 percent of recruits in large firms survive the typical four-year process, according to the CBM Group.

So if the pool of available talent is evaporating, where do innovative firms turn to for new blood? Limited supply means competition for top brokers can be fierce, forcing firms to look at less-than-stellar brokers who would have been passed over not too long ago. Others are looking even further afield – to the ranks at insurance companies and discount brokerages.

“There’s a bell curve among existing FAs,” says Paul Werlin, head of recruiting firm Human Capital Resources. “On one end are the mega producers whom everyone would love to hire, but who would cost a fortune to even try and entice. In the middle are FAs with solid businesses whose egos aren’t so out of control that you have to a fortune to get them. And then there are brokers who are ‘on the fringes’. The first two categories are where most B/Ds look to recruit. But, as the number of prospects shrinks, I think more firms are willing to look at this last category.”

“I also think some are less demanding about the existence or value of existing books, if the potential to build a good business is there. I’ve seen some managers willing to overlook it if an FA had a down year or two.”

There’s a limit, of course. While firms won’t hire advisors with major infractions on their record, there is “more open-mindedness” to hiring advisors with “minor blemishes,” he said. This includes largely victimless transgressions like failing to disclose older outside business interests.

Managers are also looking further afield for new recruits, Werlin says, including the insurance industry (insurance broker-dealers account for 29 percent of the total advisory workforce, according to Cerulli) or even from the discount brokerage world. “These folks have contacts that can translate quickly into books.”

Barbara Herman, senior vice president at Chester, NJ-based Diamond Consultants also says there is a greater willingness by firms to hire from less traditional places. “Seven or more years ago, the wirehouses wouldn’t have even considered it,” she said.

Herman said that, while still rare, the fight over a limited supply or brokers has even led some wirehouses to recruit from the ranks of advisors at independent broker-dealers. “In some cases, they were sole practitioners looking for a succession plans as they think about retirement, and in others, they wanted to devote more time to working with clients, and less on running the business operations.”

Insurance and bank employees can have good client relationships, they must “really be committed to becoming a financial advisor in the securities industry, and want to be involved in doing the full breadth of business, to be appealing as recruits,” she says. “I think firms and branch managers looking for new blood are only going to take the absolute ‘best in class’ among folks from these non-traditional sources. Branch managers who relax their standards too much will only see it come back to haunt them.”

“Banks have a huge advantage over broker-dealers in that they have thousands of employees, from tellers on up, whom they can recruit into financial advisors,” Werlin said. Typically these “Licensed Bank Employees” start with an insurance license to sell annuities. “It’s easy to show them how they can vastly increase their income by becoming FAs.”

Roame says he has also seen more focus on recruiting “mid-career CFO and treasurer types.” Regardless, the war for top talent won’t let up anytime soon, he says. “Firms may let their sales forces shrink in size to keep the best producers.”