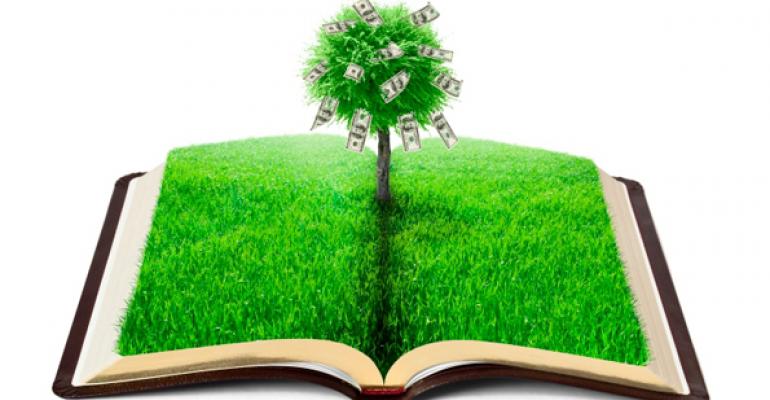 Buying a book of business from a retiring advisor can be a good strategy, but read the fine print, and consider these points.

If there is one thing that all advisors agree on, it’s the importance of growth. But that can suggest different things to different advisors. For some, it means working with a coach to make prospecting more fruitful; for others, it’s merging with another practice to create synergy. It can mean changing firms to get better resources and a chance to monetize the business. It can be all of the above.

Wirehouse advisors often have an opportunity for “instant” growth by purchasing a book of business from a retiring advisor within their firm. While this sounds simple enough and can double the size of an advisor’s book overnight, it requires careful examination from both pragmatic and legal standpoints.

Before proceeding, however, the first question that an advisor needs to ask himself is: “Do I believe I am at the right firm for the foreseeable future?” Advisors who buy books of business are bound by a variety of agreements that could tie them to their current firms for a long time.

We reached out to leading attorneys in the industry to get their thoughts.

What are the common elements in wirehouse contracts that tie advisors to their firms after they buy a book internally?

“Usually the agreements are in tri-party format between the seller, buyer and firm as administrator,” says attorney Patrick Burns, who specializes in securities law and advises brokers on transitions. “As the Protocol for Broker Recruiting* mentions, agreements governing retirement—which most of these agreements are for—supersede the Protocol. Most agreements do not vest the clients in the acquiring rep until the seller is fully paid off. An advisor could present payment in full concurrent to resigning or pay it off before resigning, which is something I prefer and recommend to my clients. This requires more planning and a solid explanation as to why it’s being paid early.” Additionally, according to Burns, “buyers should seriously consider obtaining noncompete and nonsolicit agreements from the wirehouse and the seller relative to the accounts he/she just bought; they should not be up for grabs if the buyer leaves and has met his/her obligations.”

Are there different rules for solo advisors than for teams?

“Unlike for solo advisors, teams frequently operate under complex agreements which are generally crafted by their firm and, as such, lean heavily in the firm’s favor as to retaining clients,” says New York attorney Brent Burns, who advises brokers when changing firms. He says these agreements trump the protocol in terms of which clients and client information the departing team members may take, and which they can solicit, unless the entire team left together. “Clients who were introduced to the team by a certain team member, however, usually can be solicited to leave by that departing team member.” According to Burns, the bottom line is that “advisors need to be particularly mindful about what the formal team agreement says prior to purchasing a book. If there is no team agreement, the protocol stipulates the terms.”

If an advisor chooses to move before the book was fully paid for, could she just leave the acquired assets behind and go to a new firm? Would that advisor still be responsible for paying for the entire book, or just the portion of assets moved?

“There is nothing black and white on this scenario,” notes Patrick Burns. “If the purchasing advisor walked away in the middle of the deal and left the clients behind, there wouldn’t be a problem (except that he/she has partially paid the selling advisor for nothing). If the purchasing advisor seeks to take part or all of the book midstream in the deal, trouble will arise. First, the assets are not subject to protocol protection (if part of a retirement deal). Second, the accounts would not be theirs until the payment terms have run. If part of the assets are taken in breach of contract, the case would likely settle or be resolved through arbitration, taking into account a pro-rata share of what was taken, attorney costs, arbitration fees and penalties.”

Edward is the senior partner of a sizeable wirehouse team in the Southeast. Eighteen months ago, Edward acquired a $50 million book of business from a retiring advisor in his office. Today Edward and his team have become increasingly frustrated with the captive and bureaucratic culture at their firm and how much money they are losing by paying for services that they don’t use. After much thought, they determine that they want to go independent so they can have more control over the client experience and operate with greater flexibility. The newly acquired book, however, is a sticking point as they have another year left to go on the note to the retired advisor. Edward and his team carefully weigh the revenue generated by that $50 million book against what would be gained by leaving today to build their own firm. They also review the pro forma P&L's prepared for them by several independent broker/dealers and RIA custodians. In the end, Edward and the team decide that they will happily pay the seller of that book off in full, a year or so ahead of schedule, in order to make the move.

*The Protocol for Broker Recruiting is a document that was adopted in 2004 and is generally described as a covenant not to sue between the firms who agree to join. Advisors who follow the rules can leave one Protocol firm to join another and can retain a list of their clients and solicit them generally without fear of litigation.