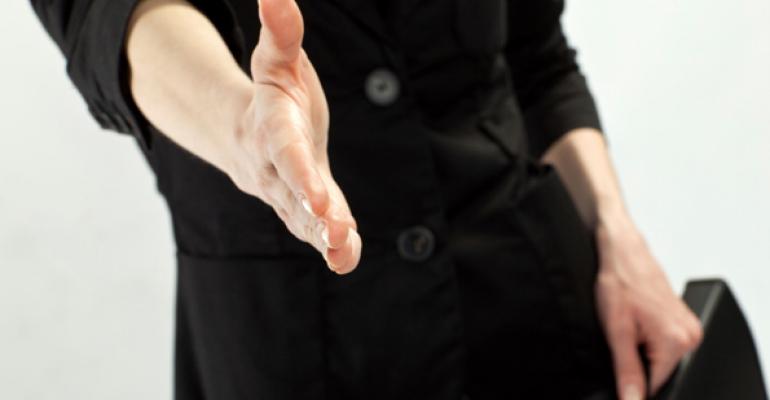 It’s time for financial advisors to take the affluent female seriously.  Not only are more affluent women now the official family breadwinner, they are also becoming the determining factor in whether or not a healthy relationship exists with their family’s financial advisor.

The old days of passing the buck on important money matters like investing in the stock market, retirement planning, mortgage debt, etc. to their husbands are gone.  Not only are affluent women prepared to play a major role in their family’s money matters, many have begun to take charge.  Staying on the sidelines, many have witnessed the “lost decade” of their family’s finances.   Whether the advice the family received was good, bad, or indifferent, most often it came from their family’s financial advisor.  And usually that advice was directed to the male of the affluent household.

1.    More Practical than their husbands– This isn’t meant to insinuate that affluent men aren’t practical, it boils down to the fact that their female counterparts top them in practicality and do so in a major way.  A handful of key indicators identified in our recent affluent research paint a telling picture.  For example, take financial planning for the family and keeping it current.  It is one of the 14 criteria of statistical significance for the affluent of both genders, but it is more so for affluent women by a whopping 22 percentage points.

Another practical area of importance is brains.  Depth and breadth of industry knowledge is also a critical area our research cites as important and affluent women want their financial advisor to be more knowledgeable by 23 percentage points.  This can get intimidating for advisors who aren’t committed to be true knowledge workers.

This brings me to another key area of importance, communication.  Although this area is important to both sexes, affluent women rate personal communication 24 percentage points higher than their affluent male counterparts.   The inter-connectedness between knowledge and communication serves to highlight the practical nature of today’s affluent women.  They want a smart advisor who is able to communicate with them on a personal level in a manner they understand.

2.    Focused on details - little things are important– This is not the time for the financial advisor “eye-roll.”  To the contrary, 92 percent of today’s affluent women have grown-up in some form of a middle class family.  They have been brought-up clipping coupons, shopping for deals, and watching their mother stretch the family dollar while their father earned it.  Not that they’re looking for a discount advisor to advise them on the multi-dimensional aspects of their family’s financial affairs any more than they’d be looking for a discount cardiologist if a family member had a heart attack.  But they will be asking detailed questions that many of their husbands would overlook.

Full disclosure of fees is not a little thing, but it is an area of importance to today’s affluent investor that serves to highlight this focus on detail.  Affluent women rank full disclosure of fees 10 percentage points higher than affluent men.  Advisors must be prepared as this is a strong indicator that affluent women will be increasingly asking more probing fee questions.  ** Notice to all advisors – don’t become defensive but rather expect to be asked to provide a more detailed explanation of what they’re paying and what services they’re receiving.

3.    More concerned about security (protection against risk) than investment returns– You guessed it, affluent women are far more risk averse then affluent men by 23 percentage points.  Their goals tend to be broad and practical; maintain their current lifestyle now and throughout the remainder of their lives.  This usually entails establishing educational funds for their children and grandchildren, traveling, eating out in their restaurants of choice, and so on.

During the annual portfolio review is when issues often rise to the surface, which can be either good or bad for the client-advisor relationship.  Many advisors are more comfortable discussing the numbers representing the returns, especially if they’re positive, and spend too much time discussing portfolio returns.

A case in point is an advisor who hired one of our coaches after losing a $3 million client after posting a 12 percent return in 2011.  What happened?  He never took the time to understand what was really important to the woman of the household.  During their last portfolio review he talked mostly about numbers (12 percent return) and directed most of his remarks to the husband, with whom he was more comfortable.  A week later he got a call from the husband, “Sorry to break it to you, but my wife has planner she wants to use and I’ve got to close our account.”   Ouch!

Affluent women and their relationship with the family’s finances has fundamentally changed.  Advisors need to take this change seriously.  This requires making a concerted effort to gain a better understanding of today’s affluent women and money. ;

Matt Oechsli is the author of The Art of Selling to the Affluent.  His firm, The Oechsli Institute, does ongoing speaking and training for nearly every major firm in the US.  @mattoechsli www.oechsli.com