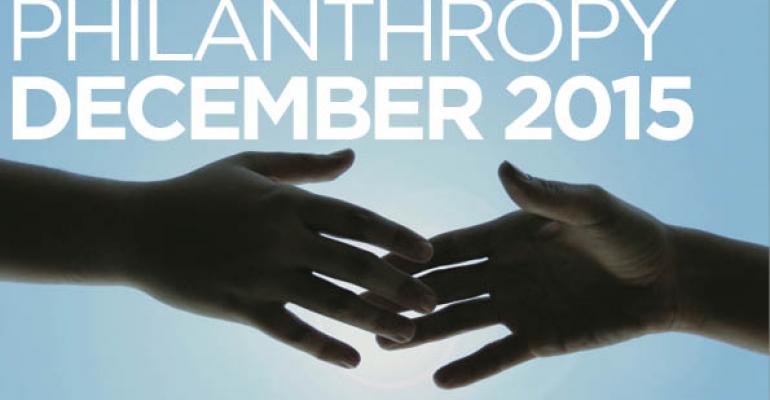 My 2015 columns illuminated the financial planning capabilities of charitable life income gifts. Charitable remainder trusts (CRTs) and charitable gift annuities (CGAs) can improve the cash flow of the philanthropically minded client as part of a thoughtful plan to fund one’s own retirement and/or education of family members, especially grandchildren.

Several rules of thumb emerge in deciding not only which technique best accomplishes your clients’ goals, but also how to design that technique. I’ll focus more on the income tax planning ramifications rather than the transfer tax consequences, given that the unified gift and estate tax exemption shields well over 99 percent of estates from taxation.

Here’s what to consider when trying to create the targeted cash flow to meet donor needs.

CRTs. A CRT permits a donor to select a satisfactory payout rate to meet his needs so long as the chosen rate clears the percentage hurdles established by the Internal Revenue Code. The rate must be at least 5 percent,1 not more than 50 percent2 and create a charitable remainder interest with a present value of at least 10 percent,3 with no greater than a 5 percent probability of exhaustion.4 The higher the payout rate, the lower the charitable remainder deduction. The tax savings from the charitable deduction are determined by whether the donor has sufficiently high taxable income such that his itemized deductions, including charitable contributions, are phased out in part5 or has sufficiently low taxable income for regular income tax purposes so that the alternative minimum tax (AMT) becomes effective.6 Optimal tax savings occur when the tax reduction can be expressed as the product of the taxpayer’s marginal rates on ordinary income and the charitable contribution without any reductions from the phase-out rules. Deciding in which year to fund a life income gift requires analysis of whether the AMT will be the relevant tax. If it is, the savings could be reduced as much as 34 percent, reflecting much lower marginal rates of either 26 or 28 percent.7

CGAs. CGAs don’t provide as much flexibility for the donor in the selection of payout rates or the duration of payments. Most charities adhere to the recommended payout of the American Council on Gift Annuities (ACGA).9 While the donor certainly may attempt to negotiate a higher rate with the charity, most charities will be reluctant to agree to a higher payout rate.

What flexibility in the selection of the payout rate there is arises in the form of a deferred or flexible gift annuity. In effect, the donor is selecting the desired payout rate by agreeing to a predetermined deferral period or periods. The rate paid can be adjusted upward to reflect the deferral period. The longer the wait for the payments to commence, the larger will be the size of the charitable deduction.

A CGA has less flexibility than a CRT in maximizing the likely duration of the payments, as gift annuities may run for no more than two measuring lives.10 Gift annuities for a term for years aren’t permitted, though the commutation of a gift annuity can create the effect of a term-for-years gift annuity.

Here’s how CRT and CGA payments are taxed differently:

CRTs. The nature of the funding asset will determine how well the donor can maneuver successfully around the impact of the tier accounting or “worst in, first out” accounting rules. Gifts of cash or modestly appreciated property increase the possibility that payments will be preferentially taxed. If there’s minimal or no investment in interest-producing vehicles, then the tier accounting rules will operate to characterize most of the distribution as capital gains income from new investments or tax-free returns of principal. This outcome would be especially attractive to a donor investing with a decades-long goal of funding the education of a child or grandchild. Minimizing the taxation of payments from the CRT is critical. However, gifts of highly appreciated publicly traded securities reduce the likelihood there will be tax-exempt income or tax-free returns of principal, even if the trust avoids investing in interest income vehicles.11

Low interest rates imperil the likelihood of a charitable remainder annuity trust (CRAT) satisfying the probability of exhaustion test because the value of the annuity payments is larger. For example, a CRAT paying the minimum rate of 5 percent fails this test at a CFMR of 2 percent when the donor is age 70 at funding.

CGAs. Low interest rates translate into low CMFR rates. The low interest rate environment ultimately impacts the payout rates for newly issued gift annuities, which are periodically examined by the ACGA to determine their economic viability. But, of course, previously issued gift annuities still pay out at the originally promised rate. The adjustments have been trending downward for some time, reflecting historically low inflation. The ACGA’s recommended rates will always satisfy the 10 percent present value of the charitable residuum imposed by the IRC because its goal is to leave a charitable residuum of approximately 50 percent of the initial value of the gift.13

Who bears the risk of nonpayment and inflation in fluctuating capital markets?

CRTs. The non-charitable and charitable beneficiaries bear the risk of nonpayment. That risk is less from the CRUT compared to a CRAT, as the payments rise and fall with the fluctuations of the market. A CRAT ultimately could run out of cash to make payments. Either beneficiary’s remedy of suing for breach of fiduciary duties of prudence and diversification likely wouldn’t make either whole or satisfied. Both beneficiaries also bear the risk of inflation.

CGAs. The charity bears the investment and longevity risk because its promise to pay the annuitant is backed by its general obligations. If the charity reinsures its obligation, it’s shifted that risk, albeit temporarily, if the reinsurer fails. The charity ultimately is responsible for the payment whether or not the annuity is reinsured. The donor may like the assurance of having two entities responsible for payments as part of minimizing his investment risk. So long as the donor doesn’t require the charity to reinsure its commitment, his charitable deduction won’t be reduced. To the extent the returns on the gift annuity fund can outpace inflation, the purchasing power of the estimated remainder interest can be improved. Of course, the annuitant will always be exposed to inflation because the payment is fixed.14

CRTs. The comparatively greater complexity of the CRT to the CGA translates into higher transactional costs. The donor will incur the legal fees from counsel to assure the trust’s compliance as a remainder trust qualifying as tax exempt and permitting income and transfer tax deductions. It will take time to decide issues such as the payout rate, investment policy of the trust and definition of fiduciary income.

Trustees will need to be paid commissions though the donor can (but probably shouldn’t) serve as trustee. A charitable remainder beneficiary serving as trustee likely either will waive or reduce any fees for management, so long as irrevocably named.

The most efficient starting point for determining planning options is the CRT, especially the CRUT. The ability to choose the desired payout rate, protect against a sudden death of a non-charitable annuitant through the term-for-years feature and fine tune the timing and nature of the taxation of payments should, in most cases, be extremely attractive to a donor. Additionally the donor retains a testamentary right of revocation of the non-charitable and charitable remaindermen. The CRT effectively permits the donor to respond to changing family and philanthropic priorities.

The CGA lacks much of this flexibility. Its main appeal will be certainty of receiving payments during the annuitant’s life time. For cautious donors, that appeal may be decisive. While the CGA lacks the ability to run either for a fixed term or more than two lives, the commuted payment annuity can achieve a result similar to a CRT for a term for years. However, the CGA requires relinquishment of the right to change a charitable beneficiary.

4. Revenue Ruling 77-374 imposed on a charitable remainder annuity trust (CRAT) the requirement that there be no greater than a 5 percent probability that the principal be exhausted. A charitable remainder unitrust (CRUT) will never be exhausted because the payments are variable and not fixed. Private Letter Rulings 7915038 (Jan. 12, 1979) and 8419005 (Jan. 26, 1984) so held.

5. Taxpayers with sufficiently large adjusted gross incomes (AGIs) ($300,000 for married filed jointly; $250,000 for single filers) will have phased out their interest expense, taxes and charitable contributions to the extent they exceed the lesser of 3 percent of the excess by which their AGIs exceed the applicable floor or 80 percent of the itemized deduction subject to phaseout. See IRC Section 68(a)(1). To the extent nondiscretionary itemized deductions reach the 80 percent ceiling, the discretionary charitable contribution hasn’t been “Peased.”

8. Charitable remainder trusts can make payments no longer than lives in being or a term not to exceed 20 years. See IRC Sections 664(d)(1)(A) and 664(d)(2)(A). Additionally, the duration of the payments may be stated as the longer or shorter of lives in being or 20 years.

11. See IRC Section 664(b) describing the character of distributions from a CRAT or CRUT.

13. A charitable gift annuity adhering to the American Council on Gift Annuities recommended rates always satisfies the IRC Section 514(c)(A) requirement of a 10 percent charitable residuum for a gift annuity.

14. Were the charity obligated to reinsure the charitable gift annuity, the donor runs the risk of his contribution being treated as an outright gift with the purchase of a commercial annuity. The charitable deduction should be limited to the amount held by the charity. See Rev. Rul. 84-162.