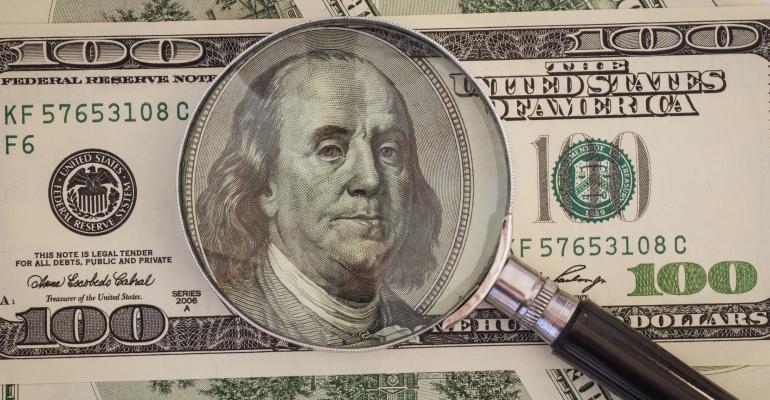 When Is “Reasonable Cause” the Last Resort?

Cautionary examples why the appraisal requirements should be taken seriously.

Last week, we got another lesson in the value of proper appraisals of charitable donations.

In Chrem v. Comm’r, the government and taxpayer both agree that the initial tax filings failed to comply with the appraisal requirements, but the taxpayer nevertheless argues that “reasonable cause” excuses their failure. And just days prior to the Chrem decision, we got the Belair Woods v. Comm’r decision, yet another substantiation failure case. Both cases were on summary judgment motions and the taxpayers survived (barely) to fight another day, but these unhappy tales already serve as cautionary examples.

The first case involved Belair Woods LLC which owned more than 140 acres of woodland in Georgia. In 2009, Belair entered into a deed of conservation easement with respect to substantially all of this land. The tax return included both an appraisal (valuing the easement at $4.7 million using the “before and after” method) and Form 8283 (executed by the appraiser and charity). However, the form didn’t include the basis of the property donated. On audit, the IRS disallowed the entire deduction for that omission, as they also did in RERI Holdings I, LLC v. Comm’r.

Belair claims that it did comply with the regulatory requirements in this case, either strictly or substantially. The Tax Court disagrees:

Congress added a “reasonable cause” defense to the tax code in 2004, too late to help the taxpayer in RERI, but perhaps just what the doctor ordered for Belair? Here, the Court punts and wants a trial for more fact-finding. The defense leans heavily on the advice received from counsel that the IRS “seems to regard as too good to be true:”

The attorney had reviewed the instructions to Form 8283 and concluded that “[i]t should not be necessary to include the basis information … if you attach an explanation to Form 8283 providing a reasonable cause.” And such reasonable cause “should be that the basis of the property is not taken into consideration when computing the amount of the deduction.”

Oh, really? We suspect that something was lost in the translation here or, in the alternative, that the appropriate liability carriers have been alerted.

Comtrad Trading: Deal or No Deal?

In Chrem, the taxpayers owned all of the shares in Comtrad Trading, Ltd., a closely held Hong Kong corporation. This corporation did most of its business with another entity, SDI, also controlled by the same shareholders. SDI, a U.S. S corporation, was owned almost entirely by its Employee Stock Ownership Plan.

In late 2012, SDI proposed to acquire all of Comtrad for $4,500 per share. The ESOP Trustee engaged a well-regarded valuation firm to prepare a fairness opinion, as is standard practice. The appraisal report submitted to the trustee valued the shares in a range from $4,214 to $4,626 per share and concluded the transaction was fair to the ESOP. Two days after the fairness opinion, on Dec. 12, 2012, SDI purchased all of the shares of Comtrad. However, a few days prior to this date, either on Dec. 5 or Dec. 10, the taxpayers had donated about $4 million of shares to a charity.

Under the anticipatory assignment of income doctrine, the Internal Revenue Service determined the taxpayers were liable for tax on their capital gains and, also, disallowed in full all the deductions, with penalties on top. The problems were:

The appraisal isn’t a qualified appraisal, as defined by the Regulations, because:

Petitioners argue that they substantially complied with the requirements, primarily, because the shares were all worth the same in this case (they all sold for $4,500 a few days later), so why does it matter which shares the appraiser valued? In addition, a Form 8283 was signed by the appraiser and submitted with the returns.

The Court finds that there’s sufficient dispute remaining about material facts in this case and denies summary judgment. Even for the taxpayers who claimed deductions in excess of $500,000 (where submitting the full appraisal is a requirement), there’s enough uncertainty about whether they reasonably relied on their CPA’s advice that the case needs to go to trial.

So the taxpayers live to fight another day. But what an unnecessary fight! Truly another case for the “what were they thinking?” file—and another lesson to take the appraisal requirements seriously when making donations.

These taxpayers were motivated by ordinary charitable intent, and don’t seem to have been trying to get away with some overly aggressive tax scheme. What would best practice have been in this case? Ordering another appraisal—preferably from another firm than the fairness opinion provider—would have been a trivial expense for a $4 million donation. Another appraisal, valuing the correct shares, would have come in at a modest discount to the $4,500 valuation, due to the uncertainty remaining in the SDI deal. (The appraisers in such situations—either explicitly or implicitly through a small discount —value the shares being donated under two possible “state of the world” assumptions: (1) that the deal goes through and (2) that it doesn’t. In the latter scenario, the minority interests being valued are discounted as usual for lack of marketability and lack of control. Weighting the two scenario values provides the ultimate valuation. In the Chrem case, the ultimate discount would probably have been in the low single-digits, given the facts.)

Instead, the taxpayers were left with an appraisal that valued the wrong shares, for the wrong purpose. And now they’re in the uncomfortable position of having to make two conflicting and, perhaps, ultimately self-defeating arguments:

If there’s a difference between the two values, then clearly the appraisal won’t be “qualified” because the appraiser valued the wrong thing and thus the “no harm, no foul” argument underpinning substantial compliance is unavailing.

Unfortunately, the argument that the value is the same relies on the deal being a certainty, which assists the IRS in their assignment of income position. It will be interesting to see how the Court ultimately resolves this.