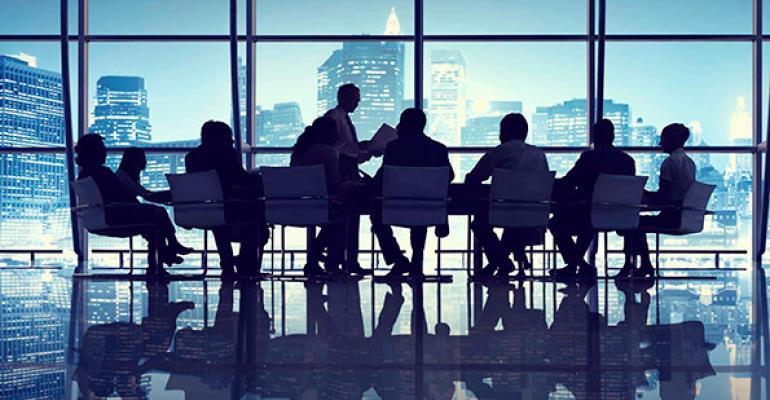 Ten Compliance Rules That All Foundations Should Know

A comprehensive guide to critical issues and potential pitfalls.

Running a private foundation (PF) can be one of life’s most rewarding experiences, a chance for an individual or family to effect real and positive change in the world through philanthropy.

The flexibility, creativity and nearly endless giving capabilities offered by a PF do come with a dose of administrative complexities, though. It can be challenging for PFs to keep pace with government regulations, which are always changing, as well as Internal Revenue Service filings and required paperwork.

To help PFs and their advisors steer clear of compliance trouble, here are 10 essential rules to remember:

PFs’ annual minimum distribution requirement (MDR) must be calculated carefully. Generally, a PF is required to distribute 5% of the average value of its investment assets for the previous year. The IRS prescribes a specific method for averaging a PF’s securities and the balances in its savings and checking accounts on a monthly basis. The 12-month average allows for market fluctuations over the year. Special rules apply to the valuation of real estate and all other assets.  These calculations can be complex. When performed incorrectly, as is often the case, they can result in under or over payment, so special care must be taken when determining the 5% requirement.

Unrelated business taxable income (UBTI) will be taxed at the for-profit rates. UBTI is commonly associated with revenue that a charity generates through an activity that has no direct connection with its charitable mission. To the extent that a PF has UBTI, it must be taxed as if it were a for-profit organization. The UBTI rules were enacted to ensure that non-profit, charitable organizations don’t compete with for-profit companies, gaining an unfair competitive advantage. PF staff often don’t realize that if a PF borrows money (for example, on margin) to purchase an investment asset (not related to performing its charitable activities), some or all of the income flowing from that asset usually will be deemed UBTI.

In addition to paying taxes at a for-profit tax rate, a PF with significant UBTI must also file an additional tax return, Form 990-T, along with its 990-PF. Many professional advisors counsel their PF clients to avoid engaging in activities that would generate UBTI, unless the potential for profit is considerable.

The tax status of charities must continually be validated. Just because a charity attained tax-exempt status from the IRS at one time doesn’t mean that it maintains that status. For example, if the charity doesn’t continue to maintain its broad public support, it may be reclassified by the IRS as a PF.

The IRS lists all tax-exempt organizations in IRS Publication 78. (Although some organizations that are considered public charities, such as schools, houses of worship and instrumentalities of the government, such as parks and municipalities, aren’t listed in this publication.) PFs may make grants to public charities listed in this publication without exercising “expenditure responsibility,” a multi-step process to ensure grant funds will be used for a charitable purpose only.

But what if the charity’s status had been revoked in an Internal Revenue Bulletin issued since the date of the last publication? If a PF makes a grant to an organization that isn’t a public charity in good standing with the IRS, and doesn’t exercise expenditure responsibility, the PF may be subject to a penalty, and the grant won’t count toward satisfying its annual distribution requirement.

If a PF wishes to take an active role in selecting scholarship recipients, it must apply for advance approval from the IRS. In doing so, the PF must determine the group of individuals who are eligible to apply for a scholarship and develop an objective and non-discriminatory plan for selecting the final recipients. If the IRS doesn’t contact the PF within 45 days of the PF’s submission of its scholarship plan and procedures, the PF may begin making scholarship grants.

Sometimes PFs raise additional funds at these events by selling merchandise, such as t-shirts or other accessories. Depending on where the event is held and where the PF conducts its business, the PF may be required to charge state and local sales tax. Although the PF itself may be exempt from paying sales tax, that doesn’t necessarily mean it can forgo charging sales tax when it sells merchandise to others. The requirement to charge and remit sales tax varies from one locality to another. Some localities permit a PF two or three days per year when it may sell merchandise free of sales tax in connection with a fundraising event. Often, the best solution is to make an arrangement with a local merchant to charge, collect and remit sales tax to the appropriate taxing authority on behalf of the PF.

Additionally, if a PF chooses to raise funds through a live or silent auction, it must clearly document the fair market value (FMV) of all items for sale before the auction begins. For example, the PF may attach price tags to items available for bidding or publish a list of such items with their respective values. This is crucial because only the portion of the amount paid at auction in excess of an item’s FMV may be treated as a charitable gift.

Insiders may not economically benefit from the PF – except for reasonable compensation. PF insiders (essentially anyone who has significant influence over the PF, such as its officers, trustees, family members, substantial donors and any entities that are substantially owned by such individuals) generally aren’t permitted to reap economic benefit from their dealings with a PF. An exception is made for compensation – provided the compensation is reasonable. The reasonableness of compensation is judged on a list of factors, including qualifications, experience, job responsibility, duties and time dedicated (part- or full-time) by the insiders to their positions. Additional factors can include the size of the PF, the local labor market, the cost of living in the area and the salary paid by similarly situated charitable organizations for comparable positions.

Insiders’ attendance at charity events must be strictly work-related. Many PFs support local charitable institutions that conduct fundraising events. Individuals attending or “buying tables” at such events typically receive food and entertainment. If a PF purchases tickets for such an event (or is given tickets), a question arises as to whether self-dealing results when a board member, other insider, or their relatives or friends use the tickets to attend.

As a basic rule, all direct and indirect financial transactions between a PF and those individuals who control and fund it are prohibited. It’s immaterial whether the transaction results in a benefit or a detriment to the PF. However, the PF is permitted to pay expenses resulting from the participation of its insiders in meetings and events on the PF’s behalf.

Impermissible self-dealing may arise, however, if the table seats are given to friends and family members. To remove any question of self-dealing, it’s preferable for a PF to decline to accept tickets for individuals other than board members, trustees, senior staff members and their spouses. A PF could conceivably furnish the charity with a list of individuals  to whom tickets may be furnished, but only with the clear stipulation that the charity must decide which individuals are awarded the tickets.

PFs may not fulfill their insiders’ personal pledges. A common problem arises when a PF insider makes a personal pledge to a church, synagogue, mosque, etc., and the PF satisfies that pledge. Since churches are indeed public charities, many PF personnel incorrectly assume it’s perfectly legitimate for the PF to cover a charitable pledge made by a founder or other board member.

A PF may make a charitable grant or pledge to a church when that pledge was initiated by the PF. However, there’s a subtle distinction between a PF making its own charitable grant and a PF satisfying the personal obligation of a board member or other insider. Insiders aren’t allowed to obtain a personal benefit from their dealings with the PF. To the extent that the PF relieves an insider of such a financial obligation, that individual is considered to have benefited.

PFs can make grants to individuals without IRS approval, if it’s for emergency or hardship assistance.  It’s  commonly believed that a PF may not make grants to an individual without advance approval from the IRS (such as for a scholarship program). However, grants made to relieve human suffering may be made without advance approval under certain conditions, provided that the PF makes the grant on an objective and nondiscriminatory basis, complies with basic record-keeping requirements showing how and why a particular individual was selected for assistance and doesn’t require the recipient to spend the grant funds in a particular way.

The IRS divides such grants into two broad categories in Publication 3833: emergency and hardship assistance. Emergency assistance usually is provided after there’s been a natural catastrophe, such as an earthquake, tornado, hurricane or flood. By contrast, hardship assistance is provided based on established economic need and may be used, for example, to purchase food or cover health insurance premiums for a low-income family.

PFs can grant to other PFs. Grantmakers are often unaware that one PF may make a grant to another PF, as long as the granting PF exercises expenditure responsibility. This may be desirable when the grantee PF runs its own special programs (for example, a scholarship program approved by the IRS).

When one PF makes a grant to another, and the recipient PF. follows by disbursing those funds, the IRS will allow only one of the PFs to count those funds toward satisfying the annual 5% payout requirement. Unless the PFs agree otherwise, the recipient PF will be the one that will count the disbursement of the funds toward its 5% payout requirement.