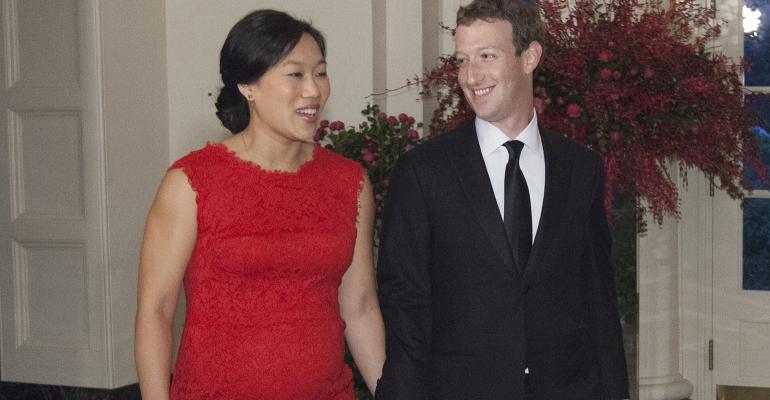 In defense of the Chan Zuckerberg Initiative

“No good deed goes unpunished” doesn't even begin to explain the way Priscilla Chan and Mark Zuckerberg have been treated by some members of the press and academia when they announced the creation of the Chan Zuckerberg Initiative (CZI).  Unfortunately, their pledge to advance human potential and promote equality has been grossly misunderstood and mischaracterized.

The Zuckerbergs’ commitment is a pledge and not a current transfer.  Pledging cash or property to a charity is a very common practice.  A pledge means that you intend to perform in the future when the money is actually needed.  There’s a lot of law on the enforceability of pledges.  As a general rule, pledges aren’t enforceable, meaning a pledge to a charity is only as good as the word of the person making the pledge.  There’s an exception when there’s so called detrimental reliance by the charity, which means that a particular charity incurred an obligation because of the pledger’s promise to donate and the charity would be irreparably damaged if the pledger didn’t perform on his pledge.  In this case, the Zuckerbergs unenforceable pledge isn’t to a specific charity but rather was offered publically, creating even greater assurance that the Zuckerbergs will perform or be subject to great public ridicule.

The Zuckerbergs will continue to indirectly own the Facebook stock contributed to the limited liability company (LLC).  A domestic LLC is treated as a “flow-through entity” for most tax purposes.  This means that an LLC’s tax attributes flow through to its owners.  At present, the primary asset of the LLC will be stock, so the Zuckerbergs will continue to be responsible for any taxes, in the unlikely event that dividends are paid, as well as gains from the sale of the shares.  Likewise, the expenditures of the LLC will flow-through to the Zuckerbergs for tax purposes only when the LLC actually donates to a domestic charity or makes a gift to an individual.  The Zuckerbergs will receive the exact same tax treatment with respect to these items of income and gain and expenditures as they would have received had they recognized the income and gain or paid the expenditures directly.  So if the LLC makes a contribution to a domestic charity of stock at some time in the future, then the Zuckerbergs would, at that time, be entitled to a tax deduction subject to the various statutory limitations.  Many of the strategies deployed in tax planning, however, are based on time value of money principles.  Here the principle is simple: A tax deduction taken now is better than one taken later.  If the Zuckerbergs were to make contributions of stock today, they would be entitled to a current tax deduction against their income that could also be carried forward, if not fully used, and applied against future income for a maximum of five years.  It’s important to note that once contributions are made to these charities, there would be absolutely no obligation on the part of a public charity to immediately deploy contributions for charitable purposes, and the charity could instead decide not to use them for many years. In the case of a contribution to a private foundation, the only obligation would be to make the mandatory annual distribution of 5 percent of the value of its endowment, but even this can be minimized by, for example, paying reasonable administrative expenses.  So by not making tax deductible contributions immediately and instead contributing the stock to CZI, the Zuckerbergs are foregoing an immediate tax benefit.

Furthermore, much of the criticism leveled at the Zuckerbergs for using an LLC could still be perpetrated even if the stock were initially contributed to charities because there are no or minimal requirements for charities to immediately deploy the contributions they receive for their charitable purposes, and charities may make grants to individuals, invest in for profit businesses, donate to foreign charities and engage in various forms of lobbying.  While the LLC model does afford greater flexibility for lobbying and for-profit activities than the charitable model, it’s less tax efficient than the charitable model in making grants to individuals because in the former case, such grants would be treated as taxable gifts subject to a 40 percent gift tax.  Also, while much has been made of the ability of the Zuckerbergs to avoid the capital gains tax on stock contributed to charities, this benefit wouldn’t apply when the LLC needs to sell shares to generate cash to make gifts to individuals,  invest in for profit businesses and  pay lobbyists. The same taxation would apply to the Zuckerbergs even if the LLC exchanged the stock for these things rather than sell the stock and then pay cash.  These capital gains taxes wouldn’t be incurred if these expenditures were instead paid by the charities after they sold the stock.  So in many ways, the Zuckerbergs are in a worse tax position than they would have been had they simply donated their stock.  The use of an LLC will permit secrecy not afforded to charitable organizations. Charitable organizations are required by law to make their tax returns available to the public, and CZI won‘t be required to do this.  Given the for-profit investments that may be made and the tax reporting that will end up being reflected on the Zuckerbergs’ personal income tax returns, the desire for confidentiality is abundantly reasonable.