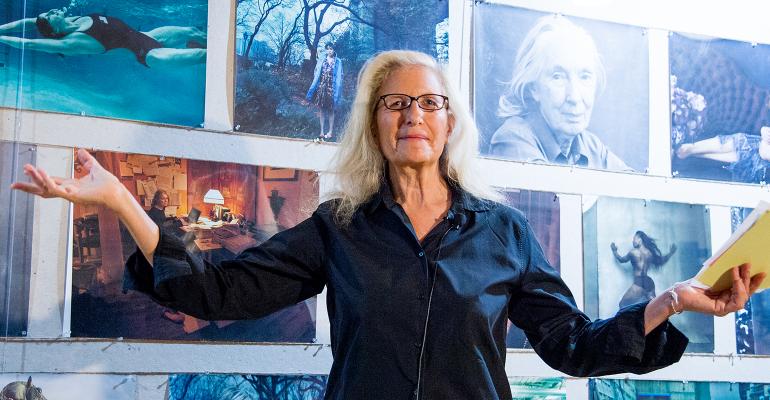 A useful reference point for valuing large collections of artwork.

The donation of a 2,070-piece collection of Annie Leibovitz photographs to the Art Gallery of Nova Scotia has attracted significant attention.

The collection was purchased by now-retired accountant Harley Mintz in 2013, for $4.75 million, an average price of $2,295 per photo. Half the $4.75 million purchase price was paid to Leibovitz in 2013. The balance is due on the donation of the collection qualifying for tax benefits under Canadian law.

Mintz donated the collection to the gallery. As provided by Canadian law, the gallery then applied to the Canadian Cultural Property Export Review Board to have the collection certified as having “outstanding significance and national importance” in order to qualify the gift for tax benefits. While Leibovitz is New York based, her work may, nonetheless, qualify as Canadian because of its aesthetic qualities and value in the study of the arts.

Review Board Balks at Proposed Value

The gallery’s application for the 2,070-piece collection claimed a fair market value (FMV) of $20 million, an average value of $9,662 per photo, an increase of more than 400 percent over the purchase price. The application was supported by three qualified appraisals.

The Review Board balked at the application, forcing it to be submitted for redetermination three times. Most recently, in late July, the Review Board determined that only 762 of the works have outstanding significance and national importance and found their value to be $1.6 million, an average price of $2,100 per photo.

The Canada Revenue Agency defines FMV in a manner similar to U.S. tax law: “The highest price, expressed in dollars, that property would bring in an open and unrestricted market, between a willing buyer and a willing seller who are both knowledgeable, informed, and prudent, and who are acting independently of each other.”

Canadian courts have also recognized that the retail value of donated property doesn’t necessarily indicate its FMV and that the applicable statutes don’t preclude the application of the principles of valuation, including block discounts, when justified by the facts. In Canada, these rulings are sufficiently well known that tax advisors caution against “charitable donation schemes” based on leveraged gifts or bulk purchases of art prints.

The confidentiality of the Review Board’s proceedings limits available information. Apparently, the $20 million value was based on the retail value of the photos. In contrast, the $4.75 million value provides a real transaction defining the bulk value of the collection. Presumably, an extended period of time would be needed to sell such a large number of photographs, requiring the cash flow from the sales to be discounted over time. In addition, selling costs may be significant, considering the share allocated to cover marketing the work and providing profit sufficient to make the effort worthwhile.

As a practical matter, the $4.75 million purchase price is a discount of over 75 percent of the $20 million retail value of the 2,070 pieces. This real-life discount provides an interesting point of comparison to the results in leading U.S. cases.

The Review Board’s determination provides a useful reference point for valuing large collections of artwork. While the result may not provide the lifetime income tax benefits desired by the donor, it may, nonetheless, support a more realistic view of FMV in resolving taxes due at death.