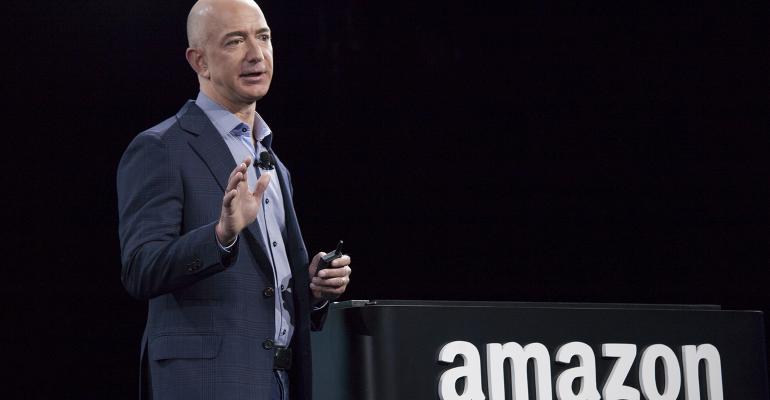 Jeff Bezos Is Almost Ready to Give Away His Money

Jeff Bezos to announce his philanthropic intentions this summer, a New York advisor is accused of stealing $5 million from elderly clients and the SEC clarifies its cryptocurrency stance.

About a year ago, Amazon founder Jeff Bezos, the richest man in the world, tweeted that he was seeking suggestions for how to use his money to make a philanthropic (and immediate) impact. Last week, he tweeted that he’s “settled on two areas” and will announce what they are by the end of the summer, according to CNET. Bezos, who is worth $143 billion, did make one high-profile donation earlier this year. He gave $33 million in January to college scholarships for “Dreamers.” A financial advisor from Syosset, New York, has been arrested and charged with stealing more than $5 million from at least 14 clients, including ones who are elderly and/or deceased, Patch.com is reporting. Matthew Eckstein’s victims were mostly senior citizens living across Long Island as well as Jupiter, Fla., Redlands, Calif., and Norwalk, Conn. He allegedly used some of the money he stole from his clients on the down payment for his home in Oyster Bay Cove, which has a swimming pool and tennis court, the Nassau County district attorney’s office said. He was also charged with estate fraud for allegedly stealing hundreds of thousands of dollars while acting as the executor of the estates of two deceased clients. “This unscrupulous financial advisor allegedly betrayed his clients’ trust when he stole their money in a multi-million dollar Ponzi scheme and even pilfered hundreds of thousands from the estates of deceased clients,” Nassau County DA Madeline Singas said in a statement. “The charges are even more egregious because many of the alleged victims were elderly and seeking safe investments for their retirement funds.” In case SEC Chairman Jay Clayton wasn’t clear enough, William Hinman, the head of the agency’s corporate finance division, said that Ethereum and Bitcoin are not securities, reported CryptoSlate. The cryptocurrency market reacted favorably to the the announcement as the decision will determine how much regulatory oversight the currencies get. Hinman also provided more nuance to the agency’s understanding and treatment of cryptos, noting that “form is disregarded for substance.” In other words, “the name of a token is not important, but the manner in which it is sold, what it promises, and how it behaves is,” reported CryptoSlate. Although the SEC continues to rely on the so-called Howey Test in evaluating whether to categorize a crypto asset as a currency or a security, the report noted that Hinman “implied that some digital assets could potentially be structured as a consumer item rather than as a security.”