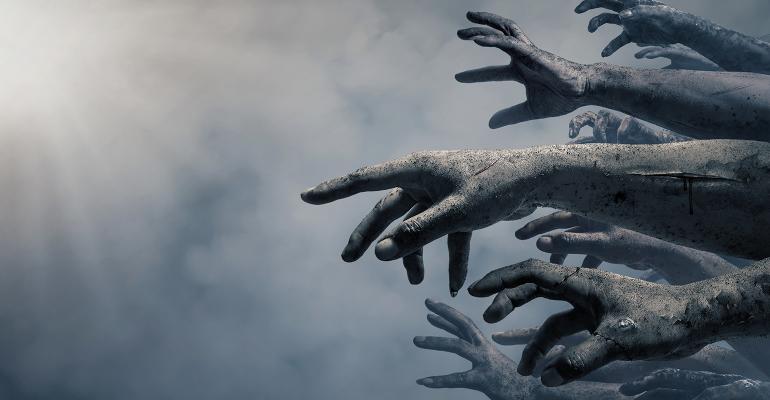 Enough of the Zombie Philanthropy, Already

During this time of need for so many people, I’m sure many of your clients have reached out to learn how they can give more effectively—without having to write checks all day long. Americans have always been generous in times of need. Research shows giving remains strong during the pandemic, despite substantial job loss, economic uncertainty and stock market setbacks.
However, at a time of widening income inequality, some have applied the tag of “zombie philanthropy” to the increasingly popular donor-advised-fund (DAF) category, which now houses over $121 billion in the United States alone, according to a Northern Trust Report.

Why zombie? The argument is that donors make gifts that primarily benefit themselves, not the charities. In other words, donors immediately benefit from income tax deductions and reduced capital gains taxes on appreciated assets, but the funds stagnate and never really get to real charities, skeptics say.

Yet, all of the published surveys I’ve seen say “tax savings” is one of their least important factors donors cite when considering a gift. But, the DAF detractors—including some skeptics in the media--have suggested that tax savings is donors’ main motivation for giving.

It can’t be both.

Currently I’m working with a donor who’s in the early stages of preparing his company for sale. It will be a sizeable transaction expected to be north of $100 million.

The donor and his wife have already decided to earmark at least half of the proceeds for charitable impact. They haven’t identified exactly which non-profits will receive their distributions. But, to prepare them well for the sale, we’ll open a DAF and transfer half of their shares to it. Then, after the sale, they’ll have plenty of time and perspective to assess their many charitable outlets.

This is often the case with substantial donors. They consider gifting to be a serious responsibility, and they want to make wise and well-informed decisions. They didn’t become successful in life by being hasty. They want time to be as deliberate as possible in their giving as they are in building their wealth. It’s especially important when donors are new to planned giving.

But the “zombie philanthropy” sentiment has been gaining steam in these sensitive times. A small contingent of reformers wants to change the rules to make DAFs look more like private foundations. Of course, the pundits refuse to look at the facts.

Why DAFs Are Surging

DAFs are booming because they’re convenient and simple—both for donors and for beneficiaries. It’s often a challenge for donors to make a decision about where to give their charitable dollars ultimately.  When giving a more significant sum of low basis assets, picking and managing more than one beneficiary while facing a deadline can become cumbersome. So, one-stop giving eases the execution of the gift. Giving should be well considered and thoughtful, not rushed and then regretted.

Fidelity, the world’s largest DAF sponsor, keeps detailed statistics on their funds. In its most recent giving report, Fidelity found that grants were up 28% and that most donors gave away 76% of their gift within three years of their original contribution. This giving rate is much higher than the 5% minimum distribution requirements for private foundations.

Bottom line: There’s NO zombie philanthropy. Period. Once the money is given to a DAF, it no longer benefits the family in any way. It’s eventually going to make its way to a worthy program that the donor and family want to support. Perhaps, it’s helping to teach the next generation about the family’s moral and ethical values at the same time.

DAFs have made giving easier. There’s nothing wrong with that.

Randy A. Fox, CFP, AEP is the founder of Two Hawks Consulting, LLC. He is a nationally known wealth strategist, philanthropic estate planner, educator and speaker. He is currently the editor in chief of Planned Giving Design Center, a national newsletter and website for philanthropic advisors. He is a past winner of the Fithian Leadership Award by the International Association of Advisors in Philanthropy.