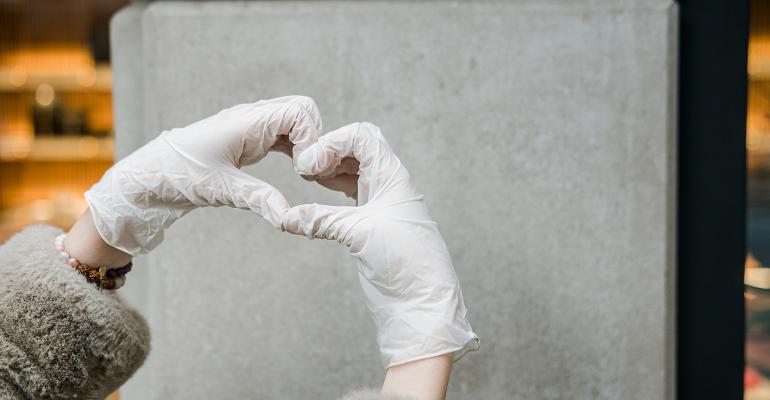 DAFs Grants Ramp Up During the Pandemic

Donors are stepping up their giving in response to COVID-19.

The COVID-19 crisis has sparked an uptick in charitable giving from one of the country’s largest pools of philanthropic assets—donor-advised funds (DAFs).

National commercially sponsored donor-advised funds have seen explosive growth in recent years, with wealthy donors rushing to exploit their tax advantages and convenient giving features. DAFs at Fidelity Charitable held a whopping $31 billion last June, making it the largest grant-maker in the U.S., according to Fidelity.

Commercial donor-advised funds aren’t universally beloved in the philanthropic world. They have been criticized as “warehouses for wealth” that could otherwise be deployed for good by nonprofit organizations, while generating substantial fees for the investment companies that operate them.

But donors do seem to be stepping up their giving in response to the COVID-19 crisis. Fidelity Charitable reports that the number of grants in March increased 36 percent compared with the same month in 2019. More than $100 million in grants have been recommended to over 4,500 nonprofits.

Schwab Charitable reports that grants recommended by its donors rose 47 percent for the period February 14 through April 25, including more than 16,500 grants in support of COVID-19 relief and recovery efforts. And the American Endowment Foundation, which has 9,000 donor-advised funds managed by advisers, says the number of grants by donors increased by 29 percent in February and March compared with the same periods in 2019.

Fidelity says that in a typical year, anywhere from 20% to “the high twenties” is donated, and that for every dollar that comes in the door, 76 cents of that dollar are disbursed within five years. That’s higher than the 5% that private foundations typically disburse, notes Amy Pirozzolo, head of donor engagement at Fidelity Charitable. “We like to say that our donors are more interested in giving while they're living.”

People tend to open DAFs as retirement nears; the average age of an account holder at Fidelity is 65. And, as a general matter, charitable giving during the COVID-19 crisis could get a boost from the CARES Act, which increases deductions on cash gifts from 60% of adjusted gross income (AGI) to 100%. The temporary change doesn’t apply to DAF contributions, where deductions are still limited to 60% of AGI.

For donors, DAFs provide a convenient way to make donations and a solution for avoiding capital gains taxes on highly appreciated assets—which in turn deliver more charitable bang for the buck. Fidelity also can accept, and then liquidate nontraded assets such as shares in a business.

The pickup in donations demonstrates a countercyclical value of DAFs in a down market, says Pirozzolo. “Donor-advised funds are really a sustaining factor because people have irrevocably given this money and set it aside for charity—so, at a time when they might otherwise think it’s not wise to donate appreciated securities, that money already has been set aside.”

DAFs typically do not advise donors on where dollars should go—but disasters are the exception to that rule. “Donors will call us and say they want to help, but aren’t sure where to start,” Pirozzolo says. “So, we start with some broad guidance.”

That guidance has been focused on meeting medical needs, protecting vulnerable populations and sustaining nonprofits. Fidelity is challenging its donors to hit the $200 million mark by May 5, which has been designated as #GivingTuesdayNow.

The American Endowment Foundation is seeing similar trends, according to Ken Nopar, senior philanthropic advisor. “Every charitable organization is challenged right now—spring fundraisers have been canceled, and half of these groups have just one month in reserves.”

“The main thing we’ve been seeing is people supporting organizations they already know—and a lot of food pantries.”