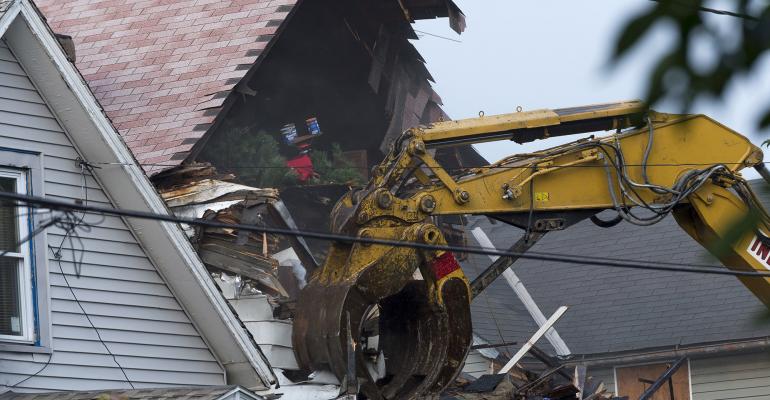 There will always be reasons to be charitable. But, if your client is looking to claim a deduction, be sure she follows the rules.

Making a donation to charity has several benefits. Other than the good feeling a donor gets for helping those who are less fortunate, someone or something will directly benefit from her good deed. Another big positive for many donors is the charitable deduction that results from such philanthropic giving. However, any taxpayer wishing to claim a charitable deduction must be aware that there are specific rules to follow for the Internal Revenue Service to allow such deductions.

For example, if your client donates property and claims a deduction of more than $5,000, she must include a qualified appraisal of the item(s) she donated to substantiate the deduction, according to Internal Revenue Code Section 170(f)(11). Also, under IRC Section 170(f)(3)(A), your client generally can’t get a deduction for donating less than her entire interest in a piece of property. The taxpayers in the recent case Lawrence P. Mann & Linda S. Mann v. United States of America, No. CV TDC-17-0200, 2019 WL 399902, at *1 (D. Md. Jan. 31, 2019) found out the hard way about the need to comply with these rules.

In the case, Lawrence and Linda Mann (the taxpayers) filed a tax refund suit challenging the IRS’ disallowance of three claimed charitable deductions. The taxpayers purchased a piece of real property in 2011, which included a house and a shed.  Before moving in, they decided to demolish the house and build something more suitable. However, instead of throwing away all of the old housing material, the taxpayers decided to contact Second Chance, Inc. (Second Chance), a public charity that salvages building materials, fixtures and furniture while providing their employees with workforce training. Second Chance requires that donors also give cash to help defray the costs of the deconstruction, and the taxpayers would still have to pay a demolition company to remove any remaining debris that couldn’t be salvaged.

One of the taxpayers signed an agreement conveying all of her interest in the house to Second Chance. She signed a second agreement conveying certain pieces of other personal property in the house to the charity as well. A representative from Second Chance explained to the taxpayers that donors could claim a tax deduction for materials that actually made it back to their warehouse for later resale. The charity would draft a list of everything removed so that a qualified appraiser could determine the fair market value of each item.  The taxpayers also agreed to pay $20,000 in cash over two years to supplement their donation.

To substantiate their donation and the resulting charitable deduction, the taxpayers had two separate appraisals prepared for the house. The first valued the gift at $675,000 and was arrived at by valuing the house at its highest and best use (that is, keeping it intact and moving it to a different location). The second appraisal valued the structure at about $313,000 and assumed that the entire house could be used for training purposes and all of the materials could be salvaged and resold. A separate appraisal valued the personal property at about $24,000 by taking the cost of each item as new and depreciating it.

Ultimately, the taxpayers claimed a $675,000 deduction for the house, $24,000 for the personal property and $10,000 for the cash distribution on their 2011 returns. In 2012, they only contributed $1,500 of cash to Second Chance and claimed that as a charitable deduction. The IRS disallowed all of the claimed deductions. After their appeal was denied in 2015, the taxpayers filed claims for a refund. They also filed an amended 2011 return reducing the deduction for the house to $313,000.

Bringing Down the House Deduction

The IRS argued that in donating only the house and not the real property (aka land) below it, the taxpayers made a partial-interest donation of their property, which isn’t allowed under Section 170. In determining whether the donors contributed their whole interest or only part of it, the court looked to state law. In Maryland, it’s possible to separate the property interest in a structure from the land it sits on. However, Maryland requires that the severance be separately recorded on the land records for such a separation to be valid. The taxpayers signed a private contract with Second Chance, but they never recorded the transaction on the land records. As a result, the court held that the taxpayers failed to make a valid transfer of an entire interest in property and, therefore, no deduction was permitted.

The court went one step further and also decided that even if the severance was valid, the taxpayers still wouldn’t be entitled to their deduction. The court explained that a qualified appraisal must be included with any tax return that claims a charitable deduction of more than $5,000. The first appraisal was deemed invalid because it valued the house based on the assumption that it would still be used as a house.  Clearly, the objective was to use the house not as living quarters, but as a training tool for Second Chance employees and to remove as much salvageable material as possible for later resale. The second appraisal was also invalid because it calculated the cost to build the house with new materials and subtracted out labor, depreciation and administrative costs. Not everything taken from the house was able to be resold. In fact, Second Chance estimated that about $150,000 of material would be taken, but it later acknowledged that the recovery effort was less successful than anticipated. The court reasoned that a deduction for over $300,000 was improper and would have disallowed it.

No Deduction for Personal Property

Fighting for the Cash Payment Deductions

Under Section 170, a charitable deduction can’t be taken if a contribution results in a return of goods or services. The court looked to Scheidelman v. Commissioner, 682 F.3d 189 (2d Cir. 2012) for guidance. In that case, a homeowner donated a “façade conservation easement” to the National Architectural Trust. The easement forbade the homeowner or future owners from changing the façade of the home without first getting permission, but the trust wouldn’t accept the donation unless the homeowner also donated 10 percent of the value of the easement. The U.S. Court of Appeals for the Second Circuit held that the taxpayer didn’t receive any benefit in return for her cash distribution because the cash simply allowed the trust to maintain the easement.

Likewise, the court here decided that although the taxpayers were required to supplement their donation with cash, they didn’t receive any specific benefit in return. They donated the house to help the charity and receive the charitable deduction. The cash assisted the charity to realize the benefit of the house donation and didn’t produce any savings on demolition. In fact, the deconstruction took several months to complete and hindered the progress of demolition. As a result, the court allowed the charitable deductions on the $10,000 cash donation in 2011 and the $1,500 donation in 2012.

It isn’t too often we hear of philanthropists donating houses or other structures to public charities to deconstruct, whether for a charitable deduction or not. In a utopian tax world, a taxpayer might rely on a charity that regularly receives such an irregular gift to offer accurate tax advice on what may and may not be deducted. However, as such deductions are a matter of legislative grace and not a right, it’s ultimately up to the taxpayers and their advisors to read and satisfy the statutory requirements of the claimed deductions. The taxpayers in this case simply failed to observe and meet the requirements of Section 170.

There will always be reasons to be charitable.  But, if your client is looking to claim a deduction, be sure she follows the rules.