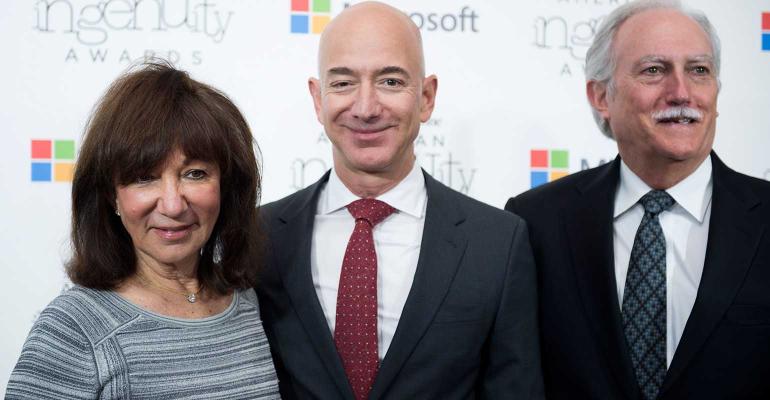 Bezos Family to Donate $711 Million to Cancer Center in Seattle

Commitment over the next decade will help Fred Hutch recruit researchers and build a new facility.

(Bloomberg) -- The Bezos family committed $710.5 million over the next decade to the Fred Hutchinson Cancer Center in Seattle, building on their previous funding for immunotherapy research.

Mike and Jackie Bezos, the parents of billionaire Amazon.com Inc. founder Jeff Bezos, have long been supporters of the institution, known as Fred Hutch, with the Bezos Family Immunotherapy Clinic opening there in 2016. It recently merged with clinical care partner Seattle Cancer Care Alliance.

“Science, particularly cancer and virus research, is at such a pivotal point right now,” Mike Bezos said in a statement. “We hope our investment in the Hutch leads to answers for the most pressing medical questions. We also hope this inspires others to join us now in pursuing scientific and medical breakthroughs.”

The donation from the Bezos family will fund initiatives including recruitment of researchers and construction of a new facility. It follows a $78 million donation by Stuart and Molly Sloan last month, which Fred Hutch said at the time was the largest single gift in its 47-year history.

The Bezos Family Foundation is another philanthropic product of the massive fortunes created by Amazon. Jeff Bezos has committed billions of dollars to charity, while his ex-wife MacKenzie Scott has sent more than $12 billion to nonprofits since the two split in 2019. While Jeff Bezos’s parents’ charity has focused on children, his philanthropy has mainly been dedicated to climate change and Scott’s money has backed a wide range of issues, from food banks to propping up the philanthropy industry itself.

Other billionaires have focused their donations on cancer research this year. KKR & Co. co-founder Henry Kravis and his wife, economist Marie-Josee Kravis, gave $100 million to New York’s Memorial Sloan Kettering Cancer Center in February, while last month Blackstone Inc.’s Jon Gray and his wife, Mindy, provided a $55 million gift to the University of Pennsylvania to fund an institute focused on early detection and prevention of breast, ovarian, pancreatic and prostate cancers.

The Bezos’s donation is “a call to action to support the science and be a part of the next breakthroughs,” Jackie Bezos said in the statement.

--With assistance from Sophie Alexander and Amanda L Gordon.

To contact the author of this story:
Nur Dayana Mustak in New York at [email protected]