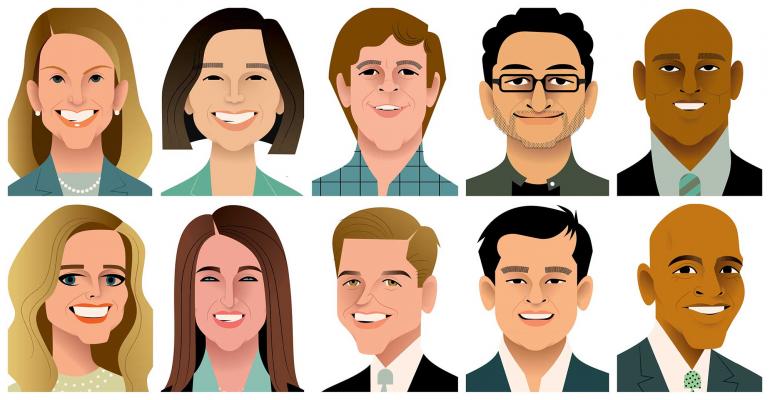 Who Is on Your Radar?

We’re betting that the folks here will, in their own ways, have some outsize influence on the industry in the years ahead.

In this issue, we present our annual list of ten individuals we think may have a significant impact on the wealth management industry in the future.

Before the critics have their say—and we know they will—let me describe what this list isn’t about. It’s not an age-based list—no 30-under-30 gimmick or artificial age cutoff. Indeed, the list ranges from individuals barely out of their teens to the other side of middle age.

It’s not a list of “innovators,” though we like to think there are some innovators here. It’s also not a list of “influencers”—there’s no weight given to an individual’s social media participation or followers. A handful here aren’t on social media at all. (Yes, a person can still have an outsize influence on the industry even if they aren’t on Twitter.)

It’s meant to be a list of people who, by definition, aren’t already being watched. That’s not to say they have to be new to the industry; a veteran who is working on something new and, we think, impactful, would make the cut.

I’m sure we have missed a lot of good candidates, but we’re betting that the folks here will, in their own ways, have some outsize influence on the industry in the years ahead. Not revolutionaries, but people to have on your radar as we roll into the next year.

Who else should you have on your radar? We also list in this issue the finalists for our annual WealthManagement.com Industry Awards. Congrats to them all. Our purpose with these awards is to recognize the best initiatives that help financial advisors build better practices and better serve their clients.

This year, we received over 620 nominations from about 220 different companies. I’m always amazed at the great work being done by so many on behalf of financial advisors.

All these initiatives are worthy of your attention, but if you are interested in attending the awards this year to see who walks away with the top prize, you can do so—no tuxedo required—thanks to the pandemic. We’ll be streaming the awards live at 4 p.m. on Sept. 10. It won’t be quite the same, and I’ll miss the actual event, but these efforts all deserve the recognition.

The positives to come out of going virtual? We’re expanding the Wealthies Circle, a series of virtual panel discussions and interactive sessions with the finalists and award winners, into a year-round project. The discussions will focus on the areas of most concern to advisors: technology, marketing, practice management, financial planning, investment management and more—ideally bringing you, the advisor, closer to the individuals and companies supporting your success. Keep an eye out for those details as well; you’ll be hearing a lot more about them.

As always, please reach out with any thoughts, ideas or complaints: David.Armstrong@informa.com.

Hope you are all staying safe and sane,