/sites/all/themes/penton_subtheme_wealthmanagement/images/logos/footer.png
Recent
Recent
Thanks to Pandemic Puppies, CRE Investors Are Turning Their Attention to Veterinary Clinics
Aug 08, 2022
Seven Must Reads for the CRE Industry Today (Aug. 9, 2022)
Aug 08, 2022
KKR Sees ‘Golden’ Chance to Snap Up Risky Debt Amid Market Chaos
Aug 08, 2022
PFAS: How Emerging Regulations and Recent Litigation Are Affecting Buyers, Sellers, and Developers of Real Property
Aug 08, 2022
Featured
The 10 Best and 10 Worst States in Which to Retire in 2021
Jul 15, 2021
Poll: 15 Classic Books on Investing and the Markets
Apr 03, 2020
Fifteen Must-Listen Business Podcasts for Advisors
Aug 14, 2020
Celebrity Estates: Jay Leno and Planning for Classic Car Collections
Feb 22, 2022
The Daily Brief
brought to you by 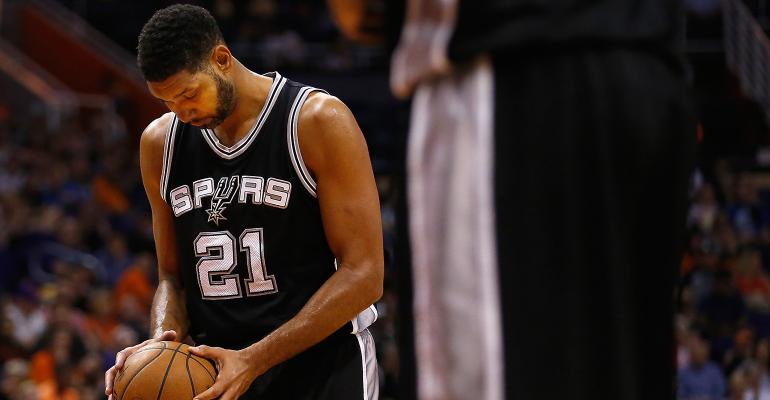 Tim Duncan's former financial advisor gets prison time for fraud, Stephanie Sammons branches out on her own and Salvador Dali may have a new heir.

Tim Duncan’s former financial advisor, Charles A. Banks IV, was sentenced Wednesday to four years in prison for defrauding the NBA star of millions of dollars in an investment deal gone sour, according to reports by the San Antonio Express-News. A U.S. District judge also ordered Banks to pay $7.5 million in restitution to the former San Antonio Spurs forward, who claimed to have lost more than $20 million on investments with Banks. “I just wanted you to own up, pay up and we’d move on. You wouldn’t, so now we’re here with this in front of a judge,” Duncan told Banks in court, according to the San Antonio Express-News. Stephanie Sammons, a Dallas-based Certified Financial Planner, has launched her own independent firm, Sammons Wealth. The RIA, which custodies client assets with TD Ameritrade, provides comprehensive financial-planning and investment-management services focusing on women and members of the LGBT community. Sammons herself is a 20-year industry veteran and the author of Linked to Influence, a former number-one best-selling business book on Amazon. "I launched Sammons Wealth to serve women who have financial resources and assets, but may not have the time nor inclination to manage the intricacies of their financial lives and goals," Sammons said in a statement. "Whether your retirement is going to be a period of reinvention, recreation, relaxation or some combination thereof, you need a comprehensive plan and a trusted partner to help you make that vision a reality."

Dalí to be Dug Up Surrealist icon Salvador Dalí didn’t do anything conventionally during his life, and his estate is no exception. According to The Washington Post, a 60-year-old tarot reader, claiming to be Dalí’s daughter, has successfully obtained a judicial order to exhume the artist’s body for a paternity test. Pilar Abel claims that Dalí had a brief fling with her mother in the mid-1950s. Dalí bequeathed his entire estate, worth hundreds of millions, to the Spanish government, but Abel may have a claim to some or all of it, depending on íhow the cards fall.