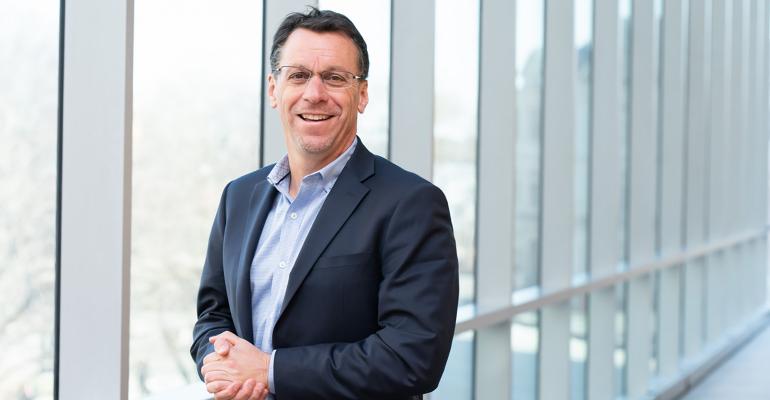 Tiburon Managing Partner Chip Roame said he would not name names, although he did commend Alex Chalekian for speaking out about billionaire investor and advisor Ken Fisher’s inappropriate comments at Roame’s summit.

Chip Roame, managing partner at Tiburon Strategic Advisors, the organizer for the conference where billionaire investor and advisor Ken Fisher made inappropriate sexual comments this week, wrote an open letter to the industry Thursday, denouncing the incident as “unacceptable,” although Roame would not call out Fisher personally. He also defends his response to the incident.

“I am not naming names today because this issue is not about one person; this is an industry issue,” the letter said. “I hope to share a learning opportunity with industry participants, not deliberately harm one’s business.”

Alex Chalekian, founder and CEO of Lake Avenue Financial, posted a video of himself on Twitter on Tuesday, denouncing Fisher, an advisor with more than $100 billion in assets under management, for comments he made during a fireside chat at the Tiburon CEO Summit in San Francisco this week. The tweet spurred outrage among the FinTwit community Wednesday, with many saying they were “disgusted” by Fisher’s behavior and that he had made similar comments at other industry events.

“It was a true debacle,” Chalekian said in the video. “He made comments about genitalia; he talked about picking up on a girl, and ‘don’t show them what’s in your pants.’ He made a reference to Jeffrey Epstein, talked about ‘charities are immoral,’ mentioned things about tripping on acid, and other inappropriate comments at the conference.”

Chalekian, who was praised on Twitter for shining a light on the offensive speech from the main stage of the conference, did not provide more specific examples of what Fisher actually said; Integrated Partners spokesman Jason Lahita cited the closed nature of the Tiburon CEO Summit.

Roame reiterated that “no media” policy in his letter, which he said encourages an open dialogue and protects proprietary insights. At the same time, he expressed support for what Chalekian did.

“Alex Chalekian, who I do not know well, should be commended for having the strength to go public Tuesday night with his views of offensive behavior,” the letter said. “While Alex did technically violate the Tiburon CEO Summit media policy, he recognized that the issues of dignity, respect and inclusion are more important than the Tiburon CEO Summit media policy, and he took action.”

Roame issued an apology to all attendees for Fisher's comments at the conference's dinner Tuesday evening, and announced Wednesday morning the advisor would be banned from future Tiburon events.

He referenced these actions in his letter, emphasizing that the issue had been dealt with. He also addressed concerns that his apology was “a passing reference,” rather than an official statement. “In my opinion, that was not the setting to address such a serious issue,” the letter states. “I addressed the issue from the stage at 7:45 a.m. the following morning. Criticize that timing if you must, but that is an aside to the issue folks.”

Roame goes even further to distance himself from Fisher’s behavior: “I do not seek to, nor could I reasonably, control the narrative in each session at each Tiburon CEO Summit. I encourage all 50+ CEO-level speakers to speak their minds, to each address three critical industry issues of their choosing.”

“I am disgusted to be included in phrases referring to old boys clubs,” the letter continues. “Tiburon is the opposite. I have worked tirelessly to try to find women speakers and encourage women attendees at the Tiburon CEO Summits. Given that we target CEO attendees, finding title-qualified women (and minorities by the way) is a tremendous challenge in the wealth & investment management industry. We work endless hours every six months on this same issue. We have held 37 Tiburon CEO Summits semi-annually so we have been fighting this battle for 18½ years.”

His letter ends with a call to action for the industry to work on its dignity and inclusion issues.