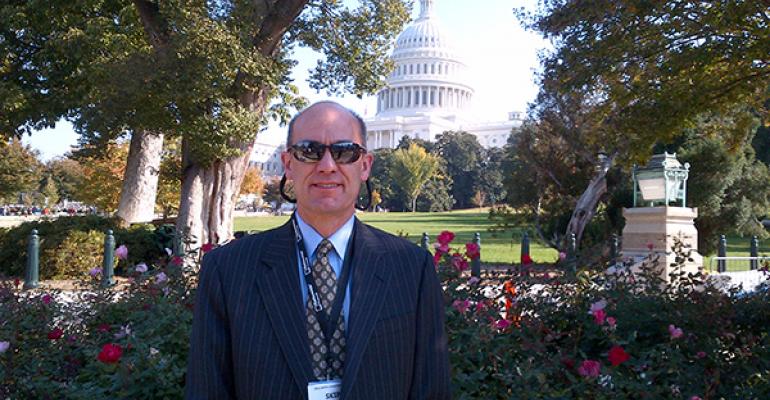 The former TDAI executive spent the last days of 2020 studying for his CFP exam and taking a hard look at the regulatory landscape that faces financial planners in 2021.

The past few months have been a period of preparation for Skip Schweiss, the new president of the Financial Planning Association.

The former TD Ameritrade Institutional executive spent the fall and winter hitting the books in a Boston University financial planning program, eventually passing his CFP exam in November. He’s been reviewing the programs and advocacy executed by the FPA, bringing a business attitude to an organization that’s suffered a decline in membership over the past years. Familiar with the ins and outs of Washington, D.C., from his time at TDAI, Schweiss is also waiting for an opportunity to redefine and clarify standards and titles used in the wealth management industry, knowing that the upcoming Biden administration is eager to enact its own policies.

In fact, for the foreseeable future Schweiss will be approaching his volunteer position as leader of the FPA like it’s his career—because it is. After having left TDAI in August, “for personal reasons,” Schweiss is dividing his time between his family and the FPA.

After helping advisors navigate a number of regulatory changes over the past decade in his role as managing director of advisor advocacy at TDAI, including the Obama-era Department of Labor’s fiduciary rule, the implementation of last year’s SECURE Act, 2017’s Tax Cuts and Jobs Act and the implementation of the SEC’s Regulation Best Interest, Schweiss is now readying his push to advocate for financial planners associated with the FPA.

Two of his first targets will be definitions within Reg BI and the use of the term “financial planner.”

“We were concerned, and we expressed it, when Reg BI was being formulated that this concept of ‘best interest’ was kind of fuzzy for consumers,” he said. “What does ‘best interest’ mean? Is it the same as ‘fiduciary?’ Is it different?”

“We think that at least there’s some room for some clarity there,” he added.

When it comes to the term “financial planner,” Schweiss said consumers are confused because many don’t understand if they’re working with “holistic financial planners” or “someone who ultimately calls themselves that,” but who is trying to sell them an annuity or life insurance policy.

For now, Schweiss and the FPA are waiting to see “how far the Biden administration wants to go with that” before stepping in to advocate for planners.

Schweiss expects to put his extensive advocacy experience to work using a two-pronged approach. For unforeseen federal or state policy proposals, the FPA will be playing defense and providing members’ viewpoints, to better shape legislation. For proactive proposals, offense will be the standard for the FPA, he said.

“In general, consumers find the financial services landscape pretty bewildering and probably could use a lot more help than they get today in determining who they should go to for what kinds of services—and how to pay for those services,” he said, adding that there is a plethora of “different designations and standards of care” that all add up to confusion for many.

In addition to regulatory and legislative advocacy, Schweiss acknowledged the “long, slow, steady decline” in the FPA’s membership. “We’ve got to reverse that, and we don’t reverse that unless we have a value proposition—just like a for-profit business,” he said.

“A lot of FPA members say they belong because of the community factor,” he said. “A lot of them say I’m a better planner because I can lean on the FPA community, either virtually or in person to pick people’s brains about a particularly difficult planning case, or just general trends.”

Another strategy for growing membership will be doubling down on the organization’s 2020 externship. “It was a really strong success,” he said. In 2021, the program will focus on introducing new planners to the profession, as well as member associations, he added.

For the next few months, the FPA will have Schweiss’ full professional attention, he said. While still actively considering the next steps in his career, he doesn’t expect any personal career announcements for a few months.

“This was part of the plan—to just have some intentional downtime and take a deep breath and think about what’s next,” he said. But with big plans for the year ahead and a new administration to navigate, those days of downtime for the new FPA president could be limited.