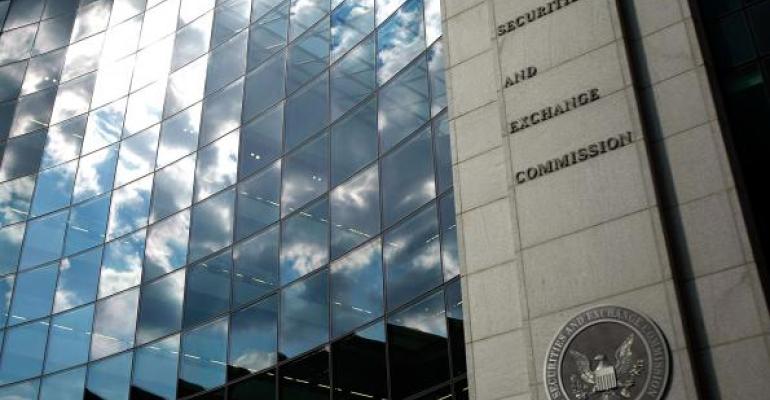 While Democrats will probably raise questions about Clayton's ties to Wall Street at his confirmation hearing, they will not be able to block him without some support from Republicans.

The confirmation process for Republican President Donald Trump's choice to chair the U.S. Securities and Exchange Commission appears to be moving forward without any hiccups.

Jay Clayton, a lawyer whose specialties include mergers and acquisitions, met privately with Senate Banking Committee Chairman Michael Crapo on Tuesday. They discussed the SEC's role in facilitating capital formation and ways to reduce "unnecessary burdens" for small companies, Crapo said in a statement that he posted on Twitter.

"Had a great conversation," Crapo added. In recent days, he and other Senate Republicans have issued glowing statements about Clayton's qualifications and plans to help companies raise capital.

While Democrats will probably raise questions about Clayton's ties to Wall Street at his confirmation hearing, they will not be able to block him without some support from Republicans.

Clayton's hearing has not yet been scheduled but could come as early as the week of Feb. 6, according to several people familiar with the committee's plans.

Private meetings with senators are typically held in advance of confirmation hearings so that the lawmakers can get a chance to vet the candidate and ask questions.

Last week, Clayton met with three other Republican lawmakers on the panel - Senators Richard Shelby of Alabama, Tom Cotton of Arkansas and Patrick Toomey of Pennsylvania.

He also met separately on Tuesday with Senator David Perdue of Georgia, who wrote on Twitter: "Jay knows capital formation. He wants to create a level playing field & make things fair and efficient. I fully support his nomination."

Clayton is expected to have one-on-one meetings with some of the panel's Democrats sometime next week, according to one of the sources.

Some Democrats on the committee, including Sherrod Brown, the committee's senior Democrat and Massachusetts Senator Elizabeth Warren, have already expressed reservations about Clayton because of his legal work at Sullivan & Cromwell representing major Wall Street clients such as Goldman Sachs Group Inc, where his wife works as a wealth manager.

Before Clayton accepted Trump's nomination, his family decided his wife would step down from her post at the investment bank if he is confirmed, one of the people familiar with the matter said.

In the meantime, the SEC's lone Republican commissioner, Michael Piwowar, is acting as chairman, according to people familiar with the matter. The SEC, typically a five-member commission, is down to two members until Clayton is confirmed.