/sites/all/themes/penton_subtheme_wealthmanagement/images/logos/footer.png
Recent
Recent
Hotelier Burned in Financial Crisis Loses Again in Pandemic Bust
Jan 25, 2021
10 Must Reads for the CRE Industry Today (Jan. 26, 2021)
Jan 25, 2021
Mercer Fetches First Iowa Firm
Jan 25, 2021
It's 2021 and In-Person Conferences Are Back
Jan 25, 2021
Rent’s Due and No Revenue: U.K. Businesses Teetering in Lockdown
Jan 25, 2021
Featured
Poll: 15 Classic Books on Investing and the Markets
Apr 03, 2020
Fifteen Must-Listen Business Podcasts for Advisors
Aug 14, 2020
FICO Updates and Their Impact on Credit Scores
May 06, 2020
The Top Colleges for Financial Planning
Oct 03, 2019
The Daily Brief
brought to you by 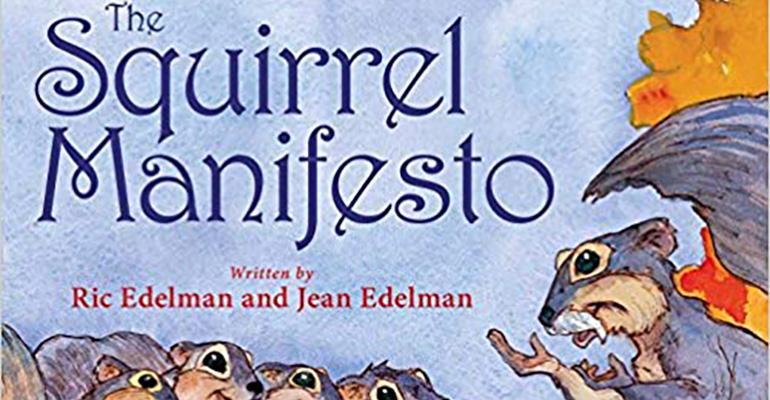 “The Squirrel Manifesto” is due out later this month.

Financial advisor Ric Edelman, the founder of Edelman Financial Services that has $22 billion in assets under management, and his wife have authored a children’s book to help parents teach their kids financial literacy.

Expected to be released Nov. 20, The Squirrel Manifesto is a story for ages 4 to 8 intended to help kids live healthy financial lives as they “spend a little, save a little, give a little and tax a little.”

A financial advisor authoring a children’s book might seem unusual to some, but Edelman is eager to share his visions of the future for wealth management and keen to help it evolve. Edelman grew his RIA via radio ads, and has long been committed to bringing financial planning to the American middle class.

He also recently “heavily” invested in both the cryptocurrency indexer Bitwise Asset Management and its fund, with plans to educate and support financial advisors interested in exposure to the new asset class in client portfolios.