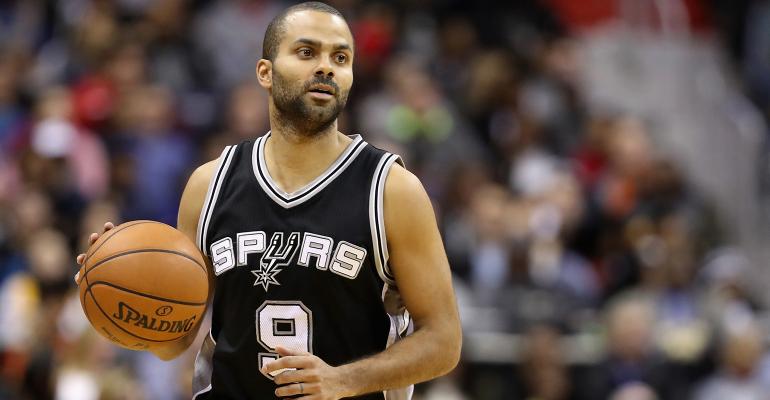 The recently retired 37-year-old will lead the sports, artists and entertainment division at NorthRock Partners.

By Randall Williams and Eben Novy-Williams

The four-time NBA champion, who retired from basketball last week, is embarking on a second career helping athletes manage their money and their futures. The 37-year-old will lead the sports, artists and entertainment division at NorthRock Partners LLC, overseeing a team of 20 as the advisory firm looks to expand one of the fastest-growing parts of its business.

“After a while, seeing people take advantage of athletes, I thought I could use my experience and bring credibility,” said Parker, who made over $168 million in his career, according to Sports Reference LLC. “I don’t need their money -- I have my own. I just want to try to give a solution to the athletes.”

Parker isn’t the first former pro athlete to dispense investment advice, of course. He joins the ranks of baseball’s Steve Finley, hockey’s Brian Bellows and football’s Wayne Chrebet in making the jump from sports to finance. But NorthRock sees plenty of opportunity for Parker to make his mark.

“Tony is probably one of the most well-prepared athletes I’ve ever met in terms of getting his mindset around what’s next,” Nelson said. “When I watch him, not just the passion, but the way he treats his people, that made me realize he was unique.”

Born in Belgium and raised in France, Parker was drafted in 2001 by the San Antonio Spurs. He became a mainstay on the dominant Spurs teams of the 2000s, alongside Manu Ginobili and Tim Duncan, winning NBA titles in 2003, 2005, 2007 and 2014. In 2007, he became the first European-born player to be named a Finals MVP.

Parker was active in business well before his retirement. He owns ASVEL, a professional men’s and women’s basketball club in Lyon, France. He’s invested in real estate, has a foundation and is planning to open a basketball academy in Lyon later this year.

Nelson said Parker’s hand-on approach to ASVEL -- including negotiating contracts and ticket strategy -- were part of the appeal of hiring him. Parker also has a network within the NBA and can relate first-hand to the challenges facing professional athletes.

“Let’s say I’m sitting down with a third-year NBA player and I’ve got Tony sitting next to me in the meeting and checking the boxes with me,” Nelson said. “That brings credibility.”

Headquartered in Minneapolis, NorthRock currently oversees more than $1.5 billion in assets. The firm originally served corporate executives before expanding into areas like sports and entertainment. Its clients include a few NBA owners and about 45 pro athletes, who account for about 20% of the business.

Nelson said the company’s approach is to create what he called a “personal office” for clients. In addition to managing investments, NorthRock does everything from running an athlete’s foundation to tax help and estate planning. It’s branching out into health, wellness and social-media assistance.

That’s something Parker wished he had as a young, foreign NBA player. He remembers having to find his own lawyer, his own tax guy and his own financial team. He succeeded without any major issues, but recognizes that others aren’t so lucky.

Duncan, Parker’s teammate for 15 years, was one of those unlucky athletes. In 2015, Duncan sued his longtime financial adviser, saying he’d lost more than $20 million due to irresponsible investments. Duncan eventually settled for a reported $7.5 million.

“It’s easy to get fooled,” said Parker. “Timmy is one of the smartest guys I know, but it can happen to anybody.”

Parker is hoping more young athletes have his experience, and not Duncan’s. To that end, he’s not taking a base salary -- he will earn a commission -- so it’s clear that he’s in it for his clients.

“I was blessed to meet the right people, and I grew with them,” Parker said. “It was an unbelievable experience for me, but it doesn’t happen like that for everybody.”

To contact the editor responsible for this story:
Nick Turner at [email protected]