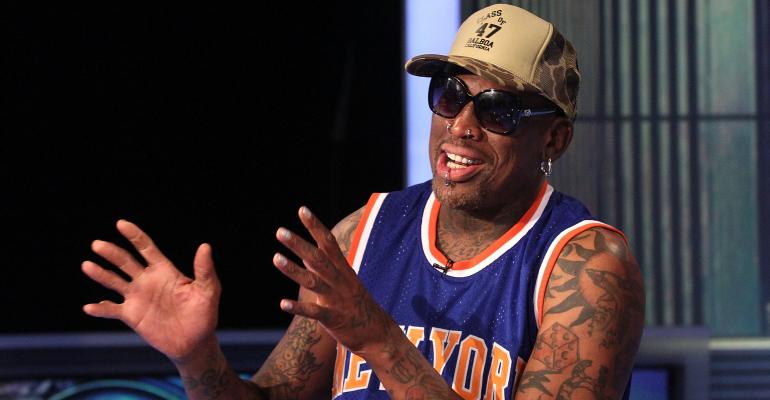 At Least Four Pro Athletes Got Conned by This Woman

One woman conned four professional athletes in a case of financial fraud, investors consider the financial impact of the election, and an Ameriprise advisor leaks client information.

Ricky Williams, Dennis Rodman and at least two other unnamed professional athletes were victims of financial fraud by Peggy Ann Fulford, according to court documents. The documents, by the U.S. Attorney's Office, state that Fulford, 58, fleeced Williams of $6 million while supposedly acting as his financial advisor and money manager. Federal prosecutors allege that Fulford, who goes by at least seven other aliases, presented herself as a graduate of Harvard's business and law schools who made millions in the stock market buying and selling hospitals, according to WFTV.com. In 2008, Williams agreed to have her manage his affairs free of charge. He wound up depositing the $11 million he made from 2007 to 2012 in a joint bank account with her, living off a monthly stipend while Fulford spent the rest of the money on luxury cars, jewelry and airline tickets for herself. Fulford was also fired by Dennis Rodman in 2015 after he accused her of stealing from him. Federal officials declined to name the other athletes who may have been victimized by Fulford.

Investors Consider Financial Impact of Election for the New Year The 2016 presidential election might have been the most prominent source of stress for investors this year–both before and after Nov. 8–according to Allianz Life's New Year's Resolution Study, but that stress may already be waning. More than half of survey respondents predict the election will have at least a neutral effect on their finances. Within that group, 32 percent say the new government will actually help their wallets. Compared to the 47 percent of respondents still worried about the results post-election day, that's somewhat significant. It would, however, be more significant if the other end of the spectrum wasn't so extremely negative. Almost a quarter of respondents indicated they were pessimistic about the future, thinking they will lose money, while an additional 21 percent were terrified of another recession under President Trump. What will investors do? Well, in the eight years since the resolution study has run, the highest percentage of investors–almost a third–reported they are more likely to seek advice from a financial professional over the course of the new year. An Ameriprise advisor has accidentally exposed social security, bank accounts and financial planning data and other sensitive information for more than 300 hundred clients, according to a story on ZD Net. The information was stored on an internet-connected backup drive at the advisor’s home, which was synced to his office drive to serve as a backup. But without any password protection, the information was accessible by anyone and appeared last week on a search engine for open and unsecured databases. Also leaked was the advisor’s personal information, including his password manager and credentials for Ameriprise. The company says this was an isolated incident pertaining to single advisor, adding that it already took the drive offline and is taking action to protect the clients.