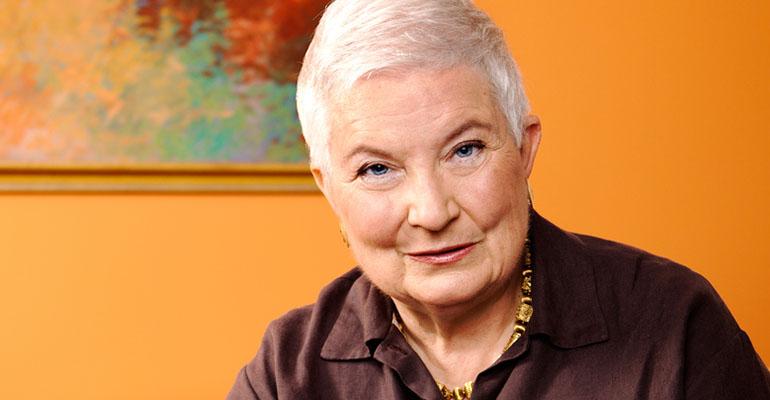 “For some, their business is not their legacy. In my case, it is.”

In March, Susan Fulton sold her 30-year-old firm with more than $1 billion in client assets to her coworkers.

The succession, years in the making, is a milestone: Fulton, 77, started the Maryland-based FBB Capital Partners in 1987, making the practice one of the earliest women-owned, fee-only advisory firms. After stints working as a journalist and a broker, she says she grew tired of putting product sales above client interests and, with a partner, broke out on her own. At the time, “that wasn’t just different, it was crazy,” says Michael Mussio, FBB Capital Partner’s current president.

Yet, clients gravitated to them. Fulton and her co-founder (who later sold her stake in the business) grew the business to roughly $250 million in client assets in less than 10 years. This month the firm surpassed $1 billion in assets under management and has 18 employees.

Fulton’s life-long mission wasn’t to just make a space in the industry for herself, her goal was to make the firm as “immortal” as any business can be. The multi-year transition plan, just concluded, goes a long way to making that a reality and is an inspiration for other advisors looking to solidify what they’ve built as they contemplate moving away from the practice.

“For some, their business is not their legacy,” Fulton said. “In my case, it is.”

Her employees say the legacy is a formidable. Fulton’s opinions are definitive, her co-workers say, and she’s not bashful about sharing them, whether that is the prospects for a particular stock or how the firm conducts business.

“Susan doesn’t mind telling you when she believes you've overlooked something or not considered all the facts,” Mussio said. ”But it’s always coming from a point of coaching...it’s never about being right.”

Stein Olavsrud, the executive vice president of FBB Capital Partners, said Fulton has surprised him in client meetings with her remarks and felt surprised again when they were well-received by the client. “She can relate to almost anybody,” he added.

Fulton began thinking about how to pass the business on for years. She spoke to attorneys about mapping out a partnership plan for her employees and has spent time with each to ensure they understand the firm’s philosophy and culture.

“I’m a salesman. I’m not at all ashamed of that,” Fulton said. “I’m a persuader and I believe I’ve created a product that is valuable and useful to people.”

“She’s so giving. She is probably the most giving person I've ever met and I don’t say that lightly,” Bridget Simpson, the firm’s director of operations, said. “It’s very exciting for [the new partners] but I miss seeing her every day. It’s not only a work level, it’s a personal level. It’s exciting but it’s also heart wrenching. I want her to go where she needs to be, too.”

Outside of investment meetings on Tuesdays and Management meetings Wednesdays, Fulton isn’t having trouble filling hours she once spent at the firm. She says she was determined to avoid the fate of many advisors she knew who moved away from the business: Finding out that the business was their only source of happiness.

So she walks her dog, goes to lunch with friends and enjoys the theater. A longtime avid reader, Fulton can now afford more time reading about her favorite topics; history, theology and science. “I don't read anything with less than 4 or 5 stars,” she added.

“I admire everything about what she does and what she did,” FBB Capital Partners’ Chief Compliance Officer, Laurie Keegan, said. “People use the word unique a lot but in Susan’s case, it definitely applies.”

If clients want to meet, she’ll meet with them. But unlike many advisors that try to move away from a business they've spent decades building, she said she fully understands that they aren’t her clients anymore.