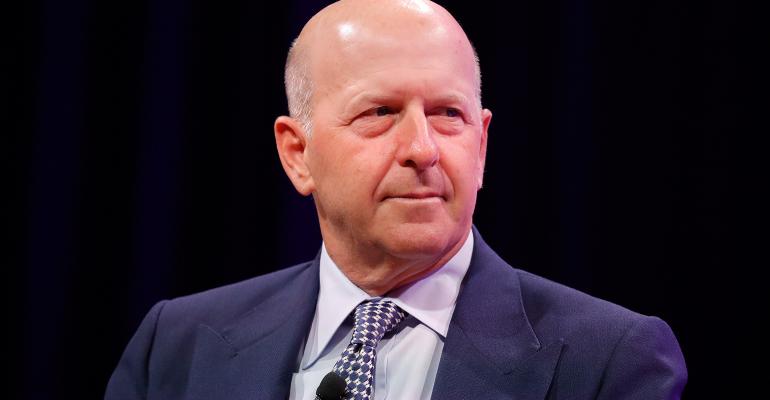 CEO David Solomon stopped by Quarantunes to make a donation, alongside celebrities like John Legend and Ricky Gervais.

It’s not just registered investment advisor custodian and clearing acquisitions that have kept executives busy at Goldman Sachs. CEO David Solomon joined “one of the most exclusive A-list parties on Zoom,” called Quarantunes, to donate tens of thousands of dollars for Team Rubicon, according to a report in Rolling Stone.

Goldman Sachs Wealth Management contributed $100,000 to the charity, with Solomon later adding an addition $50,000 via the Zoom call.

Others who have joined the Quarantunes Zoom calls, which have been described as “Hollywood’s go-to virtual event,” include John Mayer, John Legend, Rob Thomas and the “popular mainstay,” producer and label executive Clive Davis.

The shows usually run for about three hours, but the marathon-style format means random celebrities might end up next to each other—at least virtually. Comedian Ricky Gervais and California Gov. Gavin Newsom both appeared on a Mother’s Day show, while Rod Stewart broadcast a video singing an a cappella version of “Forever Young,” according to the report.

Though the event was originally expected to die down with the unofficial start to summer this Memorial Day weekend, organizers Richard Weitz and Demi Weitz, a father and daughter duo, are planning for the possibility of extended stay-at-home orders lasting into the summer.