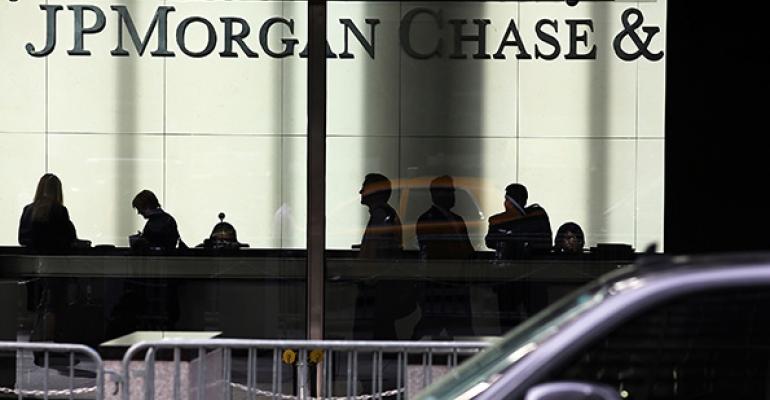 Jennifer Sharkey claims JPMorgan Chase violated whistle-blower protections in the 2002 Sarbanes-Oxley Act and is seeking back pay, compensation for her emotional distress and reinstatement to her job.

(Bloomberg) --More than eight years after she was fired from JPMorgan Chase & Co.’s private wealth management group, Jennifer Sharkey told jurors the experience was "like your whole life is taken away from you."

Sharkey testified at her trial in Manhattan federal court that the bank terminated her in 2009 for raising red flags about a client she suspected of fraud and money laundering. The experience caused her extreme anxiety and sleepless nights, she said. It has also prevented her from working in banking because of news reports about her suit, which has been delayed for years because of pretrial appeals.

"It’s just very distressing, upsetting," Sharkey testified under questioning by her lawyer,  Douglas Wigdor. "Just feeling that it was all taken away from me just like that."

Sharkey claims JPMorgan Chase violated whistle-blower protections in the 2002 Sarbanes-Oxley Act and is seeking back pay, compensation for her emotional distress and reinstatement to her job. The trial, which began Oct. 30 with jury selection, is expected to last about a week. It’s rare for a bank to go to trial on such allegations.

The bank claims Sharkey’s firing had nothing to do with her investigation of the client, a diamond-seller who is being referred to in the trial as "Client A." JPMorgan Chase says Sharkey did her job poorly and lied to a superior about communicating with a different client. Sharkey has denied the allegations.

Client A was later cleared in JPMorgan’s "Know Your Customer" process and remained with the bank.

Sharkey told the jury of five women and three men on Tuesday that she was let go after telling superiors she planned to send out letters terminating the bank’s relationship with Client A, who had about $14 million under management.

"I was fired the next day," Sharkey said.

Michael Schissel, a lawyer for the bank, sought to undercut Sharkey’s testimony that she suspected Client A of breaking the law.

"You never put in writing that you believed Client A was engaged in illegal activities, true?" Schissel asked.

The first testimony in the case came from an expert witness, Anne Marchetti, who explained to the jury how to recognize signs of potential fraud in bank customers. Sharkey then took the stand. The trial continued on Wednesday with questioning of Sharkey’s former supervisor, Leslie Lassiter, who is named as a defendant in the case, along with the bank and two other executives in JPMorgan’s private wealth management division.

Under questioning by Wigdor, Lassiter testified that Sharkey had been promoted to private wealth manager about a year before she was fired. She was responsible for bringing more than 50 new client relationships totaling more than $100 million in assets.

Sharkey’s firing came months after the discovery that Bernard Madoff used JPMorgan Chase accounts in his multibillion-dollar Ponzi scheme. The bank paid more than $2.5 billion in penalties and settlements to resolve claims it failed to adequately police Madoff’s accounts. Madoff pleaded guilty in 2009 and is serving a 150-year sentence in federal prison in North Carolina.

But U.S. District Judge Denise Cote ruled that Sharkey couldn’t testify about Madoff and Know Your Customer investigations at JPMorgan Chase in the wake of the fraud’s exposure because it could unfairly prejudice jurors against the bank.

In an unrelated case, a former JPMorgan private client adviser claimed in a March lawsuit that he was fired for blowing the whistle on potential Dodd-Frank Act violations to upper management. Bradley Sayre said he was told to toss out notes in his files and destroy fraudulent sales materials while the bank was negotiating a settlement with the Justice Department over fraudulent sales of collateral backed securities. The bank has sought a dismissal of the case, saying Sayre is pursuing the same claims in arbitration.