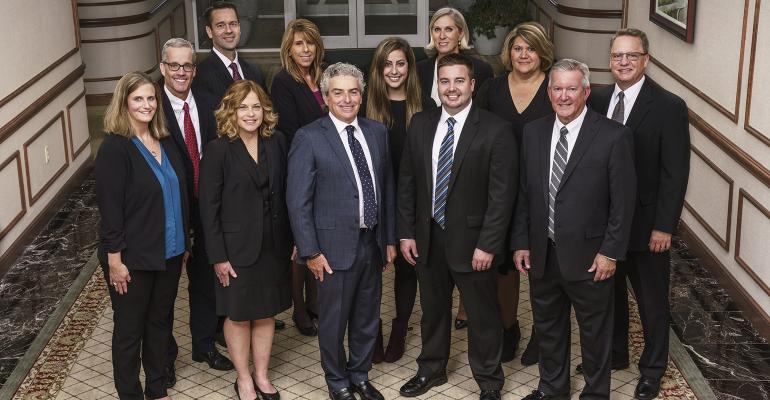 VVP CEO Craig Findley has reunited with members of his former UBS team.

A team of five advisors and their staff managing $1.8 billion in client assets has left UBS to join Venture Visionary Partners, run by one of their former colleagues.

Toledo, Ohio–based VVP, an RIA under the Dynasty Financial Partners umbrella, is led by CEO Craig Findley, who launched the firm in 2019 after being discharged by UBS.

“These are people that I use to work with, and the quality of this group is amazing,” Findley said. “I wanted to work with them, so I feel honored that they joined, we’re kind of reuniting.”

Craig Warnimont, chief investment officer and former first vice president at UBS Wealth Management, said his expertise and focus for the past 23 years has been on building high-performing investment portfolios that meet clients goals, so when thinking about breaking away from the wirehouse, starting a business was not where his knowledge base lies.

“[Findley’s] leadership was well-known while we all worked together at UBS, previously, and so we had tremendous respect for him,” Warnimont said. ”But also the partnership that he had put together when utilizing the experts at Dynasty, leveraging the resources at Schwab. We were all so impressed and wondered why would you ever take the time to reinvent the wheel?”

Warnimont said client response to the move was positive and VVP expects to see a 100% transition rate that would increase its AUM to $3.7 billion.

John Sullivan, Dynasty’s head of network development, said he foresees VVP becoming one of the largest RIAs in the Midwest.

“Here you have a billion-dollar successful breakaway team that founded VVP, and then in a little over a year, and in the middle of a pandemic, nonetheless, adding another billion-dollar breakaway to their firm!" added Dynasty CEO Shirl Penney in a statement. "I have never been more bullish on the future of the RIA segment then I am today thanks in large part to firms like VVP.”

VVP will provide offices for each member of the team as it does for its existing advisors and relationship managers to better support its preventative measures to reduce the spread of COVID-19. Findley said VVP has also made it a point to install ultraviolet air scrubbers to keep the air quality in tip-top shape.