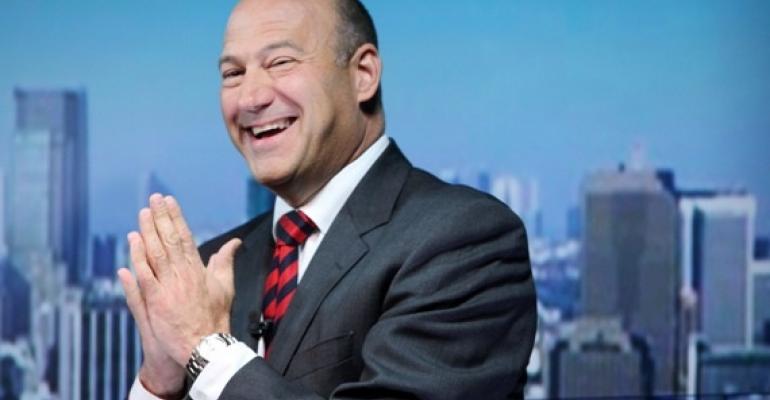 “He knows a lot about financial markets. He knows lots about the financial system.”

(Bloomberg) --Federal Reserve Bank of New York President William Dudley took the unusual step of weighing in on who might be the next head of the U.S. central bank, saying that former Goldman Sachs Group Inc. executive Gary Cohn was a “reasonable candidate” for the job of Fed chief.

“He knows a lot about financial markets. He knows lots about the financial system,” Dudley, who at one time worked with Cohn at Goldman Sachs, said in an interview Monday with the Associated Press. Cohn is now director of the White House’s National Economic Council.

President Donald Trump has singled out Cohn as a leading candidate for the job of Fed chair. He also told the Wall Street Journal on July 25 that current Fed Chair Janet Yellen and two or three others were in the running. Yellen’s four-year term as central bank chief runs out in February.

It’s rare for Fed officials like Dudley to comment publicly on such personnel matters because they usually want to avoid doing anything that might be seen as undermining the central bank’s political independence.

Unlike Yellen, Cohn does not have a Ph.D. in economics but Dudley said that didn’t disqualify him from getting the Fed job.

“I don’t think you have to have a Ph.D. in economics, which I have, to be a chair of the Fed,” Dudley said.

Dudley said that it was important that the central bank have a diversity of “backgrounds and perspectives.

“So I think Gary’s a reasonable candidate,” he added.

He declined to comment on any other potential nominees, who are subject to Senate confirmation.

Cohn was seen as the leading candidate for Fed chair in a July 27-28 Bloomberg survey of economists. Yellen came in second, followed by ex-Fed Governor Kevin Warsh.

Before joining the Trump administration, Cohn worked at Goldman Sachs for more than 25 years, including a decade as president.

While there, he criticized the Fed for pumping liquidity into the financial system to stimulate the economy while simultaneously telling banks they needed to build up capital and be careful lending it out. He also complained that Fed policy makers talked too much and just ended up confusing markets.