/sites/all/themes/penton_subtheme_wealthmanagement/images/logos/footer.png
Recent
Recent
How to Correct and Avoid the Excuse Trap
Jun 24, 2021
10 Must Reads for CRE Investors Today (June 24, 2021)
Jun 23, 2021
Within an Already Favored Sector, Industrial Big Boxes Are Highly Prized by All Types of Investors
Jun 23, 2021
The Awkward Feeling of Being the Only One in The Room and How to Change It
Jun 23, 2021
Featured
Poll: 15 Classic Books on Investing and the Markets
Apr 03, 2020
Fifteen Must-Listen Business Podcasts for Advisors
Aug 14, 2020
25 U.S. Markets Adding the Most Multifamily Units This Year
Feb 03, 2021
The Top Colleges for Financial Planning
Oct 03, 2019
Bloomberg
brought to you by 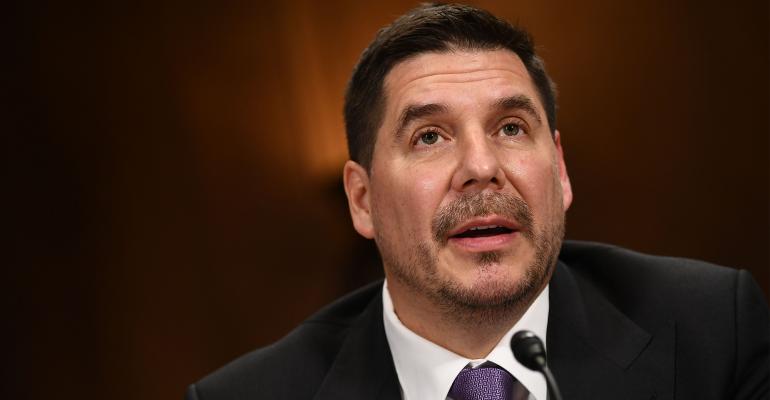 Marcelo Claure, who is also the COO of SoftBank Group, claims demand for WeWork space is higher than it was before the pandemic.

(Bloomberg)—WeWork, the office-rental company most closely associated with entrepreneurial excess, has seen demand bounce back in the aftermath of the Covid-19 pandemic, and inquiries from potential customers exceed what they were before nationwide lockdowns, its executive chairman said.

“The demand for WeWork space today is higher than it was prior to the pandemic,” said Marcelo Claure, who is also chief operating officer of SoftBank Group Corp., WeWork’s biggest investor, during an interview at the Bloomberg Businessweek virtual summit.

A spokeswoman for WeWork said revenue had recovered after a pandemic dip. “Sales are back to pre-pandemic levels, and our sales pipeline is strong,” she wrote in an email.

WeWork attempted an initial public offering two years ago, but the deal imploded after investors lost confidence in its former chief executive officer, Adam Neumann, and its lofty $47 billion valuation. After its very public meltdown, the company retrenched, cutting thousands of jobs.

Now, WeWork is again seeking to go public, this time with a new CEO, real estate veteran Sandeep Mathrani, and on the Nasdaq via a $9 billion merger with a special-purpose acquisition company, BowX Acquisition Corp. Shares of BowX rose about 7% on Tuesday after Claure’s comments.

Covid-19 shutdowns gave WeWork a chance to “reinvent” itself, Claure said, prompting the company to slash costs. In a March presentation, WeWork said revenue excluding China for 2021 was estimated at $3.2 billion, on par with 2020 and 2019. Now, as more employers experiment with bringing workers back to the office on flexible schedules and sometimes in far-flung locations, WeWork said it’s ready.

Customers “are basically sending us their employees because they don’t know how many days they’re going to be working,” Claure said. “They don’t know where their business is going to grow.” Because many companies are reluctant to sign long-term leases, WeWork’s flexible terms hold greater appeal, he said.

In the wide-ranging interview, Claure was asked about what’s next for SoftBank and its founder, Masayoshi Son, and about Claure’s hometown of Miami. He declined to say who the next leader of SoftBank might be, saying that only Son, 63, knows the answer. Claure also talked up Miami’s efforts to build its startup ecosystem. “It has an incredible feel,” he said, “what Silicon Valley used to have.”

To contact the author of this story: Sarah McBride in San Francisco at [email protected]