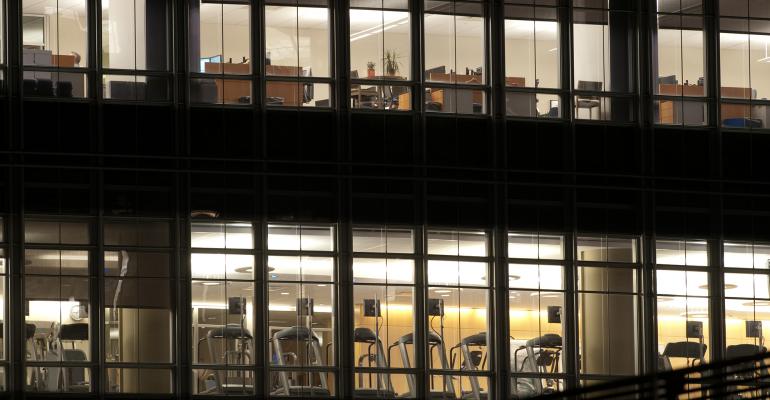 Nuveen Real Estate plans to offer its tenant firms everything from concierges to gyms to help refill its office buildings.

(Bloomberg)—One of Europe’s largest office landlords thinks it has a solution to the survival of the post-pandemic workspace: more perks.

Nuveen Real Estate, which has about 7 billion euros ($8.5 billion) of offices in the U.K. and the continent, plans to offer firms everything from concierges to gyms to help refill its buildings, according to head of European offices Nick Deacon. To do that, it’s launching a new pan-European office operating platform with BNP Paribas SA designed to overhaul its relationships with company tenants.

The move is recognition that the business of renting offices has been upended from the decades-old model of landlords signing long-term leases, then sitting back to collect the rent. The rise of WeWork Co. proved the unmet demand for more flexibility and greater emphasis on services and amenities for workers, a shift that’s been accelerated by the pandemic.

“Frankly the terms landlord and tenant are outmoded -- we own the real estate and they are our customers, it requires a mindset change,” Deacon said. “You know what you get when you go into a WeWork building, you get flexibility, a cool vibe and beer on tap. We are going to ask our customers what they want and we will respond to it.”

BNP Paribas’s real-estate arm will act as the face of Nuveen for the companies that rent its buildings, and will be charged with providing hospitality-style services. That goes far beyond the traditional outsourced property management deals favored by asset managers, which have typically focused on the day-to-day tasks of keeping the lights on and the lobby clean.

The new platform will take over the management of the Devonshire Square office estate in the City of London from WeWork, which owns a minority stake alongside Nuveen. The New York-based company previously managed the entire estate, but will now only be responsible for the space it leases in the five-acre complex after the deal was restructured during the pandemic.

Nuveen is the asset management arm of the Teachers Insurance & Annuity Association of America. The company’s real estate unit has more than $133 billion under management, according to a spokeswoman.