The Most Expensive Office Markets in the World 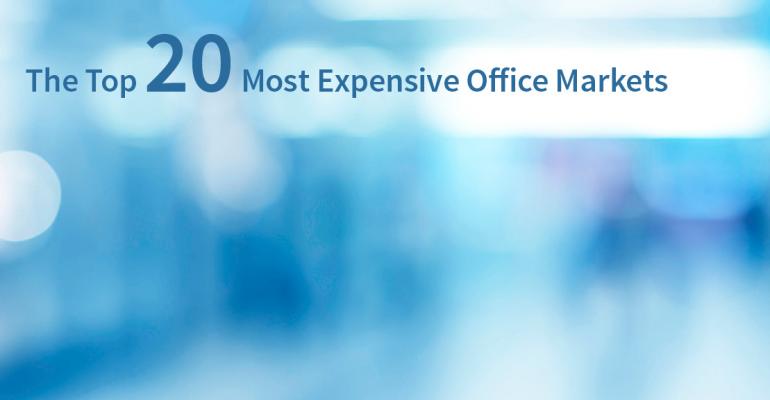 Start Slideshow ›
A look at the most expensive office markets in the world, as ranked by CBRE's annual Global Prime Office Occupancy Costs report.

The firm ranked Hong Kong Central as the most expensive, with prime occupancy costs of $307 per sq. ft. per year. In all, markets in the Asia region account for nearly half the sub-markets on CBRE's list.

“For the first time in this cycle, prime office occupancy cost growth was consistent across all regions,” CBRE Global Chief Economist Richard Barkham said in a statement.“Global economic growth has stimulated robust leasing activity, particularly in EMEA and APAC. While occupancy cost growth in the Americas slowed slightly compared to a year earlier, it remains the region with the overall largest increase in costs. We expect global office occupancy costs to increase by approximately 2 percent in the year ahead.”

The following gallery includes the top 20 markets in CBRE's reports ranked by occupancy costs, and also includes some additional metrics for each sub-market.