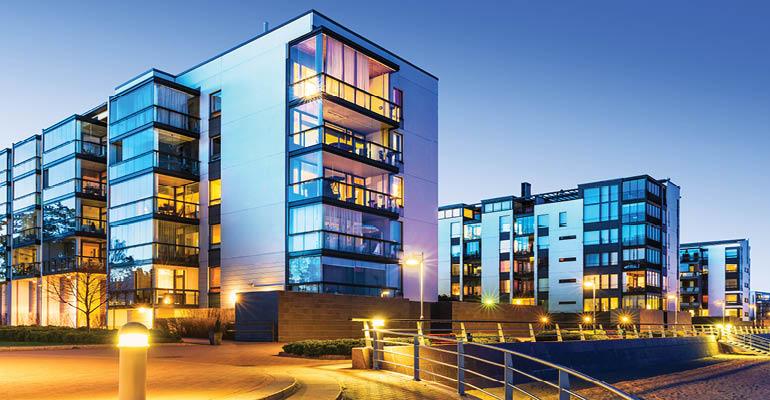 Citi Eyes Offices in Suburbs to Ride Out Manhattan’s Recovery

The firm is considering short-term leases for furnished space in Long Island, Westchester and New Jersey.

(Bloomberg)—Citigroup Inc. is considering opening satellite offices outside New York City as the finance industry grapples with when it will be safe to bring workers back to Manhattan.

With the pandemic fueling anxiety about public transportation and dense urban offices, large banks and financial firms in Manhattan are looking elsewhere for space to let workers spread out and avoid commuting into the city.

Citigroup is considering short-term leases for space that is furnished and ready to be occupied in locations including Long Island, Westchester and New Jersey, according to people familiar with the matter. The discussions are preliminary as the company weighs its options, the people said.

Financial firms have reached out to RXR Realty, a major Manhattan landlord that also owns office space in the suburbs, to inquire about its buildings in Long Island and Westchester, according to a person familiar with the matter.

Rubenstein Partners, which owns offices in northern New Jersey and Stamford, Connecticut, has gotten inquiries on “several hundred thousand square feet” of space, mostly from New York-anchored firms, according to Brandon Huffman, a principal at the firm.

“There’s an overwhelming number of employees that need mass transit to access the urban environment,” he said. “Nobody knows how that’s going to work in a social-distancing world.”

Real estate brokers and landlords have also seen a surge in interest for offices outside New York from media and technology companies and law firms. The new interest could provide a boost to suburban properties previously seen as less desirable than glassy towers in Manhattan.

Big banks and money managers have been moving employees away from New York and the surrounding area to cheaper U.S. cities for years. Goldman Sachs Group Inc. has built up operations in Salt Lake City, Deutsche Bank AG has expanded in Jacksonville, Florida, and AllianceBernstein is moving its corporate headquarters to Nashville. The pandemic could speed up the exodus, at least in the short term.

The coronavirus outbreak has raised questions about the safety of crowded building lobbies and packed elevators, not to mention the wisdom of long commutes into Manhattan after months of workers at home with minimal hiccups.

Morgan Stanley Chief Executive Officer James Gorman recently said he could imagine a future with “much less real estate,” while JPMorgan Chase & Co., which is building a new tower near Grand Central Terminal, expects to keep its office half full, at most, for the “foreseeable future.”

Many of Citigroup’s employees, like others in Manhattan’s finance industry, have been working from home since March, with no set date for a return. The bank has spent years investing in a massive renovation of its offices in Tribeca that will allow it to fit more employees in the building, with floor-by-floor renovations combining 388 and 390 Greenwich St. into a single headquarters.

Citigroup has moved employees from offices in midtown Manhattan and Queens into the Tribeca location in recent years. The bank is slated to exit one of its offices in Long Island City when its lease ends this year. It has said it will still house at least 1,000 employees in a neighboring building after exiting the lease.

For now, Manhattan-based finance firms are focused on suburban office leases of two to three years, with options to renew. Most of them are still trying to figure out how much space they need and discussions largely revolve around elevator flow and whether bathrooms will be shared, according to brokers.

Companies are also evaluating how many people they can keep permanently at home, says Brett White, CEO at Cushman & Wakefield. Many have realized that many workers will still want some access to an office, but the key issue is a safe commute, he said.

“New York is a classic example where mass transit is such a big issue, it’s the most dangerous place an employee’s going to be in their work day in terms of infection,” White says. “Companies will look at satellite offices in places people can get to easily without mass transit, whether they drive or bike.”