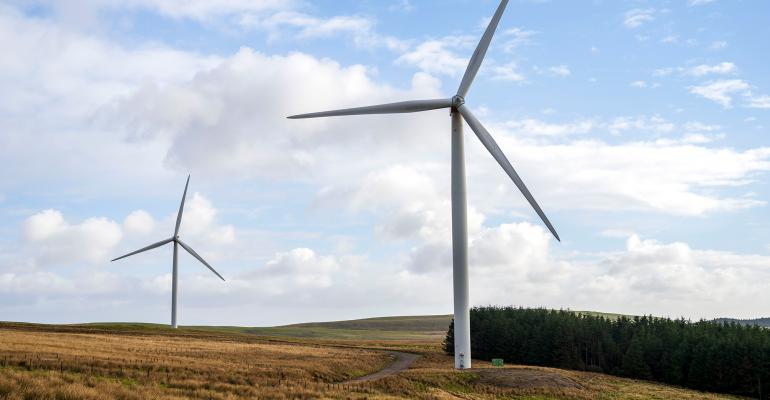 As one of the world’s biggest property investors, Brookfield has also been doubling down on the return of workers to their offices after the pandemic.

As many of its rivals refrain from committing capital to the region amid an ever-growing list of risk factors, the $725 billion Canadian investment giant is making plans to buy in sectors ranging from clean energy to technology, open new offices and raise fresh money.

“Frankly, we love these kinds of markets,” Anuj Ranjan, who runs business development at Brookfield and leads its private equity arm in Europe and Asia Pacific, said in an interview in London. “The reason we are excited is that this makes the market less competitive.”

In a further sign of its dealmaking ambitions, the infrastructure specialist also teamed up with Cellnex Telecom SA to pursue a bid for Deutsche Telekom AG’s $20 billion towers unit.

“For our infrastructure and renewables sectors, we expect the back end of the year to be busy,” said Connor Teskey, Brookfield’s head of Europe. “Very busy.”

Brookfield made its first investments in Europe some 20 years ago. Its early bets were in real estate before the 2008 financial crisis saw the net cast wider to capture opportunities in infrastructure, renewable energy, private equity and credit.

It now manages more than $125 billion in Europe, up from roughly $6 billion a decade ago, according to Teskey, and employs around 300 people in the region. While most are based in London, there are plans to establish operations in Europe’s other main financial hubs.

“We’ve got Iberia covered out of Madrid. We’re now increasingly looking at Germany. No question France is coming shortly after that,” he said. “There is nothing that we see in our business today that suggests that our European expansion would slow down.”

Brookfield has sought growth in turmoil before. In the years following the financial crisis it struck two transformational deals, buying into Australia’s Babcock & Brown Infrastructure Group in 2009 and US mall operator General Growth Properties Inc. the following year. Both helped increase its exposure to key areas like infrastructure and real estate.

“We are actively looking at transformational opportunities like that in this environment,” Rajan said, adding that technology is one relatively new area of interest for the group -- particularly mature software and tech services companies.

To be sure, Brookfield and other buyers are facing an increasingly challenging market for securing debt financing for big deals. Banks are cutting their exposure to the leveraged loan market for fear of being stuck with debt they can’t sell.

“Capital is available for quality businesses and sponsors,” said Rajan. “It’s like we say, when there’s vacancy in the office market, the Grade A buildings are always occupied.”

A key area of focus for Brookfield is the world’s move toward cleaner forms of energy -- a shift that’s been given new impetus by Russia’s war in Ukraine and its impact on the price of fossil fuels.

In June, it raised $15 billion for a dedicated energy transition fund to be co-led by Teskey and Mark Carney, former governor of the Bank of England. Brookfield already has agreements to spend about $2.5 billion from the fund, including on renewables projects in Germany and the UK. In addition, it’ll look to invest in businesses that want to decarbonize but haven’t either the capital or operational expertize to do so.

“If the world is going to hit its broader net zero goals, you can’t simply get there by building out more of what is perfectly green and clean and pristine,” said Teskey, who also runs Brookfield’s renewable power and transition group.

“This should be our biggest year ever for fundraisings,” Teskey said.

As one of the world’s biggest property investors, Brookfield has also been doubling down on the return of workers to their offices after the pandemic. This year’s acquisitions of Belgian real estate investment trust Befimmo and Ireland’s Hibernia followed an agreement to take Germany-based Alstria Office REIT-AG private in 2021.

In 2020, just as the UK was locking down its city centers to combat the spread of the coronavirus, Brookfield decided to build a big stake in landlord British Land Co. Brookfield’s presence in UK real estate is already well established as the co-owner of Canary Wharf, one of London’s main financial districts.

“Given our significant office holdings around the world, we felt like there’s a reason why offices exist,” said Brad Hyler, managing partner and head of European real estate at Brookfield. “Particularly the higher quality ones, where we thought people would come back. It was just a matter of time.”

--With assistance from Ruth David, Rachel Morison and Vinicy Chan.