Many knowledgeable observers predict that Congress will reduce income tax rates for the wealthy—thereby decreasing the tax savings from charitable deductions. The estate tax will also likely be eliminated— reducing the tax incentive to make final charitable contributions.

The new administration may seek to limit or even eliminate charitable deductions. Changes may be made to donor-advised funds—implementing payout requirements similar to those required of private foundations.

These changes could significantly affect the U.S. nonprofit sector and should be closely watched. They could also exacerbate income inequality—leading to increased demands on safety net nonprofit organizations at the same time that tax incentives for giving are reduced.

The value of assets currently under management using environmental, social and governance factors has grown to $8.72 trillion in the U.S., according to the US SIF Foundation, which advocates sustainable, responsible and impact investing.

The nearly $1 trillion sitting in foundations and donor-advised funds represents an enormous new resource of capital to be invested for both financial return and social impact. Expect that more foundations will follow the lead of The F.B Heron Foundation (and others) to ensure that all of their capital is invested to help achieve their missions.

Charities are increasingly relying on larger donations from smaller numbers of high-income, high-wealth donors, while receiving shrinking amounts of revenue from the vast population of donors at lower and middle income levels, according to a new report, “Gilded Giving—Top-Heavy Giving in an Age of Extreme Inequality.”

The report also says a growing inequity in charitable giving may hold risks not only for nonprofits themselves, but for the nation as a whole.

According to the report, risks to the public include the rise of tax-avoidance philanthropy, the warehousing of wealth in the face of urgent needs, self-dealing philanthropy, and the increasing use of philanthropy as an extension of power-and-privilege protection.

Many organizations that protect constitutional rights have seen a recent surge of donations. That pattern should continue as Americans of all political stripes invest to fortify bedrock democratic principles—including free speech, a free press, the separation of church and state, equality, privacy rights, the right to assemble and protest, and more.

Today, women control more than half of U.S. private wealth and continue to demonstrate innovation and leadership in the field of philanthropy—with major impact. Facebook executive Sheryl Sandberg, for example, recently committed $100 million to fund LeanIn.org, focused on women’s empowerment, and other organizations.

Over the next 40 years, women are expected to inherit 70 percent of $41 trillion in intergenerational wealth transfer. By 2025, they will comprise 60 percent of U.S. billionaires.

By 2050, the U.S. population is predicted to reach a non-white majority. Philanthropy will shift in a similar pattern. The new Smithsonian National Museum of African-American History and Culture, for example, received nearly three-quarters of its individual gifts from African-Americans. The Denver Foundation and others are working hard to recognize and grow philanthropy in communities of color.

Leaders in families, foundations and businesses increasingly understand that philanthropy consists of more than the transactional act of writing checks. Today, philanthropy is seen as a strategic investment that transforms both society and the donor. 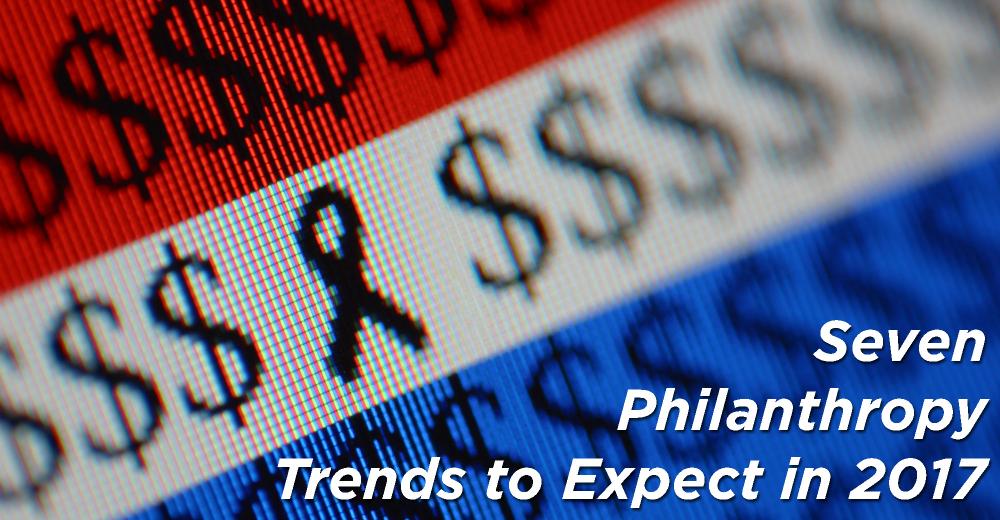