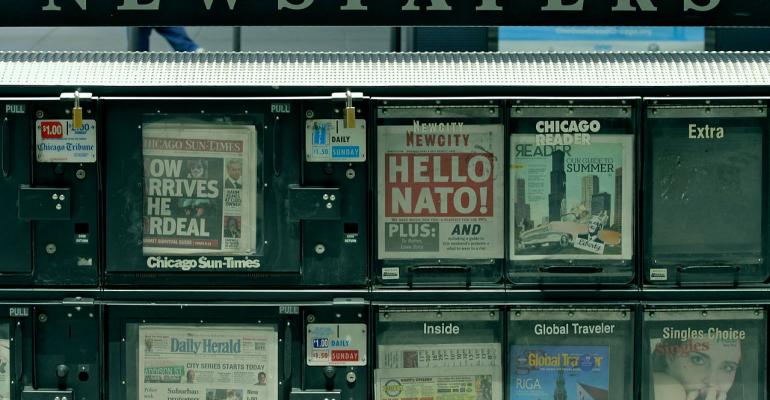 Wealth Management Take Away for Thursday, May 1.

…Because you don’t have time to read everything.

THE KIDS ARE NOT ALRIGHT

According to a Pershing report released today, “most advisors are not actively taking steps to prepare for the $30 trillion that investors will transfer to heirs over the next 30 years.”

"Many advisors often wait until the moment of transfer to engage the children or heirs of their clients, which is simply too late," says Kim Dellarocca, global head of segment marketing and practice management at Pershing. "Chances are your clients' children and heirs will have formed relationships with other advisors by the time your clients are 65.”

The results for LGBT couples from the Wall Street Journal

Fidelity Institutional unveils the first “office of the future” for advisors in Rhode Island. Take a virtual tour here.

The Take Away: Advisors need to embrace new technology for communication and collaboration to remain relevant to younger generations of client and advisors.

It’s all based on Fidelity research into how advisors use, or want to use, technology.

“According to the survey, 75 percent of advisors felt that they needed to use the latest technology to grow assets among younger clients -- investors whose assets are forecasted to be $41 trillion by 20232 and who expect a different relationship than previous generations. Gen X/Y3 investors noted three core benefits of technology in their advisor relationships: communication, collaboration and accessibility.”

Spectrum Group on What the high net worth investor is thinking. Take Away: 80 percent of HNW investors say they are better today than last year. 66 percent expect to be doing better one year from now, and 45 percent are willing to take "significant risk" with a portion of their portfolio.

FOR THE OFF HOURS

Good interview with Ohio financial planner Carrie Bray on the challenges of working in a male-dominated field.

Who says stockbrokers are evil? CBS 60 Minutes profiles 104-year-old London stockbroker Nicholos Winton, who saved 669 children, mostly Jews, from the Nazis on the eve of World War II. He was on vacation.

Take a survey! Wealthmanagement.com is conducting some research on financial advisors and hedge funds. If you want to participate, just answer a few quick questions and you’ll get a chance to win $200. http://survey.techsurveys.com/te_hedge_fund_2014/