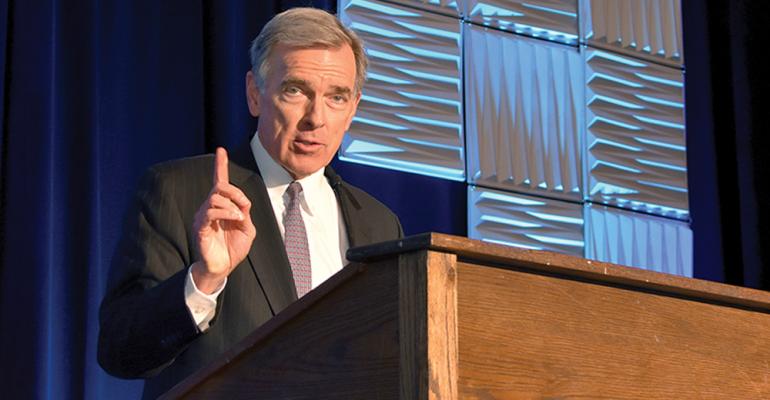 Stifel Financial Corp. was buoyed by its investment banking business during the second quarter, even as advisor recruitment fell.

Stifel Financial reported $895.8 million in revenue in the second quarter, up 11.9% from the previous quarter, largely because of higher institutional brokerage revenues, particularly in fixed income transactions. Net income for the quarter was $103 million, slightly below the year ago period.

Stifel’s Global Wealth Management group, which boasts 447 branch offices and 2,322 financial advisors in the US, posted $506 million in revenues for the quarter, down 13% over the previous quarter and 5% from the same period last year.

CEO Ron Kruszewski noted on the company’s earnings call with analysts Wednesday that Stifel Nicolaus recruited 28 new financial advisors in the second quarter, 22 in the month of June alone. Officials said the new recruits are joining as retail brokers, which stood at 2,232 at June 30, up by eight advisors sequentially. Stifel Nicolaus also has an independent contractor channel, where headcount didn’t budge from the first quarter but was down 2% from a year ago.

Kruszewski noted that recruiting numbers in the future won’t keep pace with the growth in June but added that “we were very concerned when we started the quarter. We had to cancel home visits and change our recruiting profile,” he said.

In a research note published Wednesday, Goldman Sachs analyst Alex Blostein called the news “strong within the context of the pandemic and the challenges it has created for recruiting” but noted that the pace of recruiting is still down from last year’s total of 150 financial advisor additions, and the new advisors’ trailing 12-month production, which was $23 million in toto, was significantly lower than last year’s total recruited trailing 12-month total production of $119 million.

Stifel officials also noted that 85% of the advisors who have joined Stifel over the past 10 years came organically as opposed to through acquisitions.

Trading in the company closed the day at $49.38, up 5.69%. They had reached a 52-week high of $69.10 in March, before the Coronavirus concerns sent them spiraling to a low of $32.96. A poor first quarter showing has kept the company's shares at a depressed level. Goldman has a Buy rating on Stifel.